Wille’s going to Dublin! And actually it’s a little further away than 20km for us.

After Wille graduated back in June he’s been working at my office and has also had a little bit of time off and as he’s still not sure what he wants to do in the future and is taking a leap year he’ll be going to Dublin for a month leaving September 1st. He’s enrolled in a bartending course which he hopes will help land him jobs while traveling further away (Australia possibly!) after new year. I’m so excited for him!

So, if you have any Dublin tips, Wille and I are all ears! Wille LOVES Irish folk music so if you have any recommendations on where to go for that you get a gold star! We did a bit of Googling and guide book reading and found out about a place called the Cobblestone Pub but we’re not sure if that’s an Irish music tourist trap or the real deal. Anyone know? All other tips are also very welcome! Thanks guys! 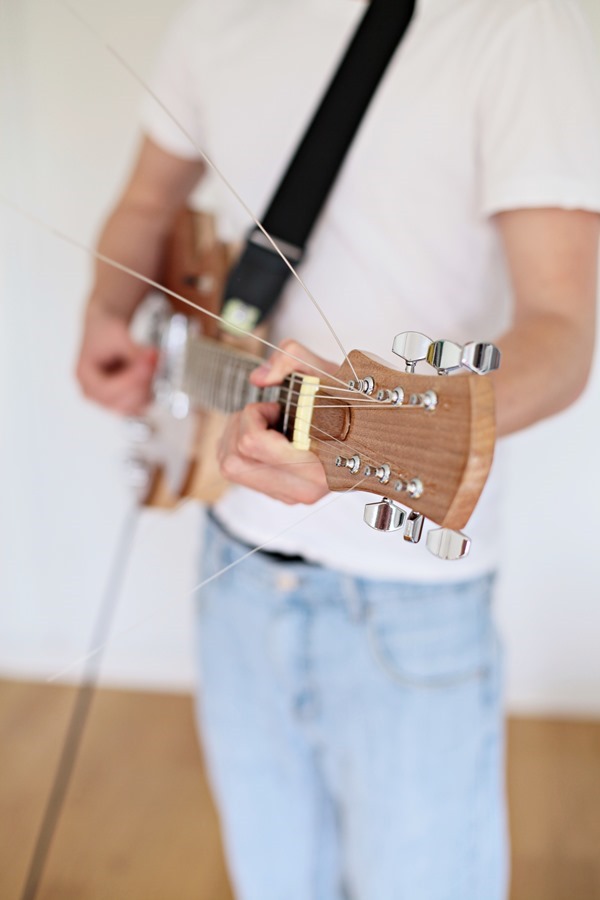 Don’t know if you remember but I mentioned that Wille was building an electric guitar as his final project at school. School’s out so it’s finished! Wille wanted to design it and build it from scratch. Scratch as in buying planks of wood (here maple) gluing them together and cutting them out to his design. 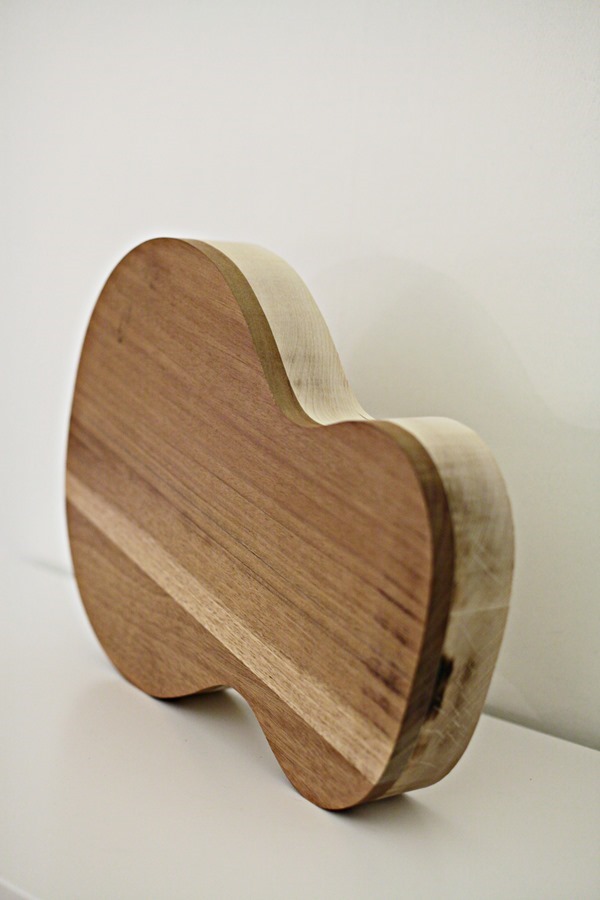 Aside from maple there’s also mahogany. The origin is a couple of home made cutting boards from my ex father in law’s which he crafted back in the 70’s. The back plate which you can’t see in these photos is made of some scraps of teak which Martin had laying around. 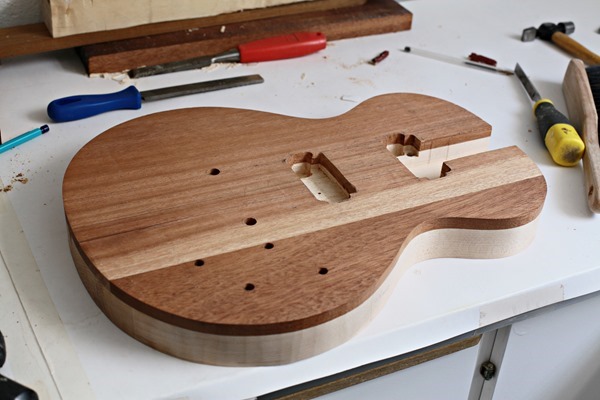 Most of the cutting and drilling was done in the school workshop but some adjustments and additional drilling were also done at home in the hobby room. 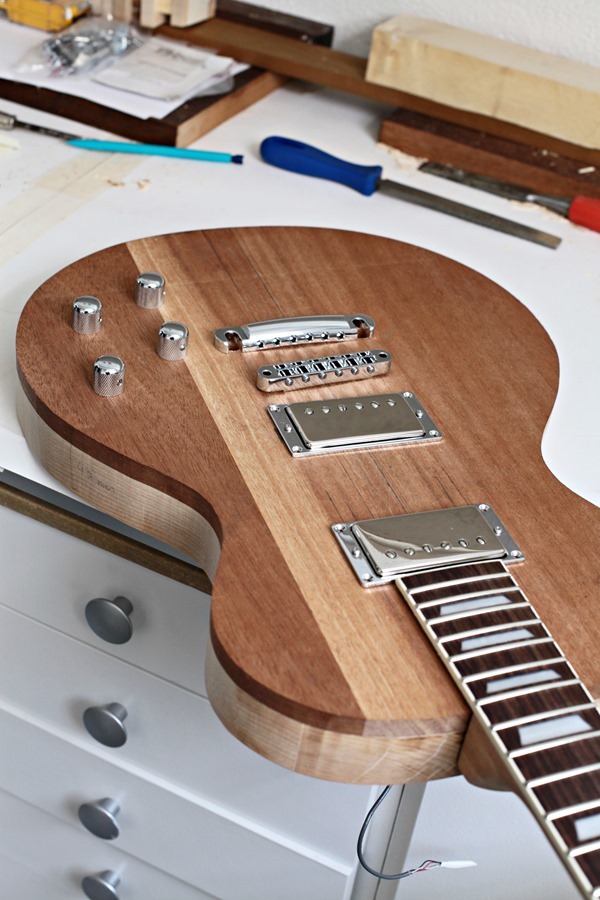 The neck was bought semi ready made from China and the metal bits were bought online from England. Here they’re being tried on for the first time. 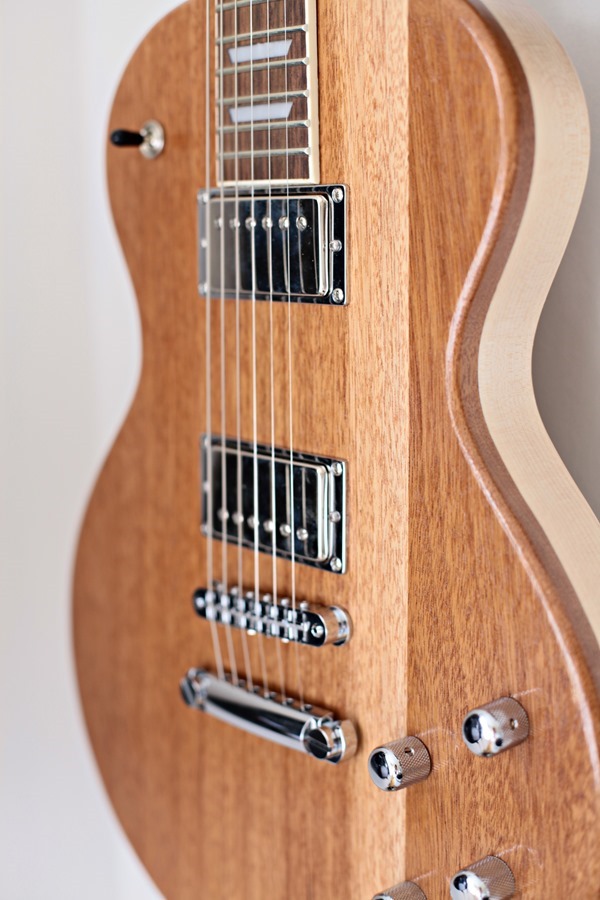 And here’s the final result. I helped with the sanding and the varnishing at the very end but the rest Wille did all by himself with some input from Martin and a guitar playing teacher at school. Pretty cool, huh?! 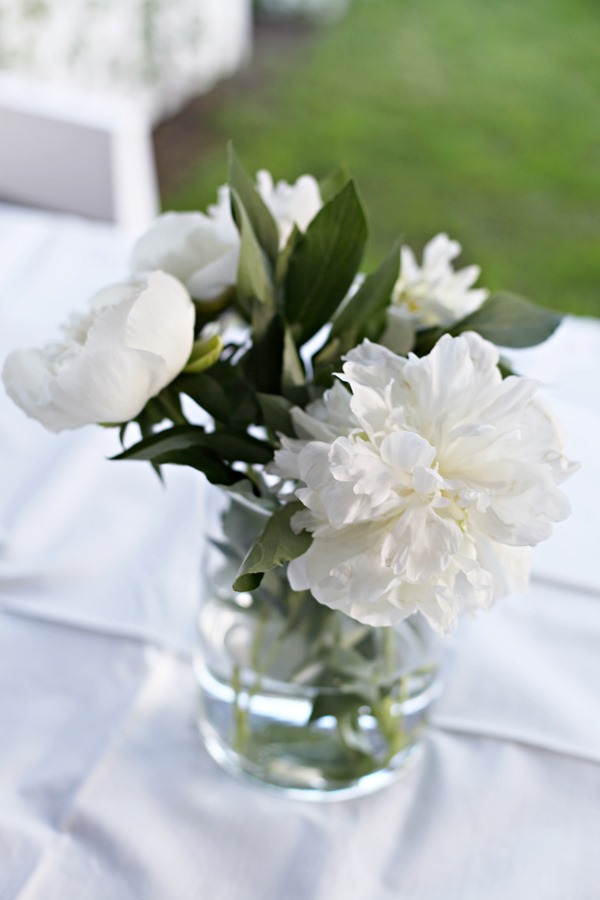 After Wille graduated on Wednesday and after his tour of the town at the back of the truck I had invited Martin and my ex-in laws for dinner at our house. It was fun decorating the patio for the occasion. My theme was white. 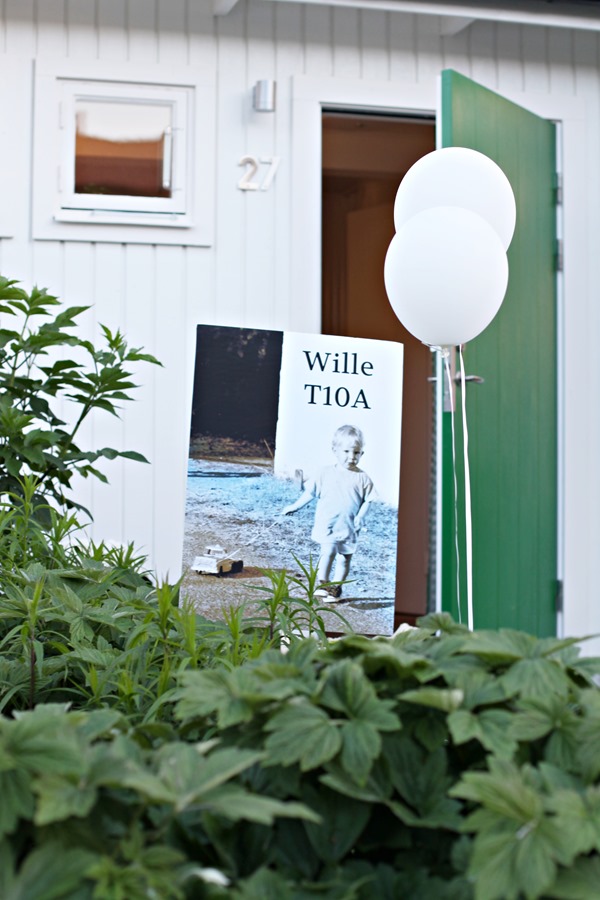 I know, so predictable but I really didn’t feel like going down the even more predictable graduation yellow and blue flag theme route so instead I took the my theme from the black and white photo of the sign I had made. When Martin arrived with the sign he stuck it into the flower bed at the front of the house along with the helium filled balloons. 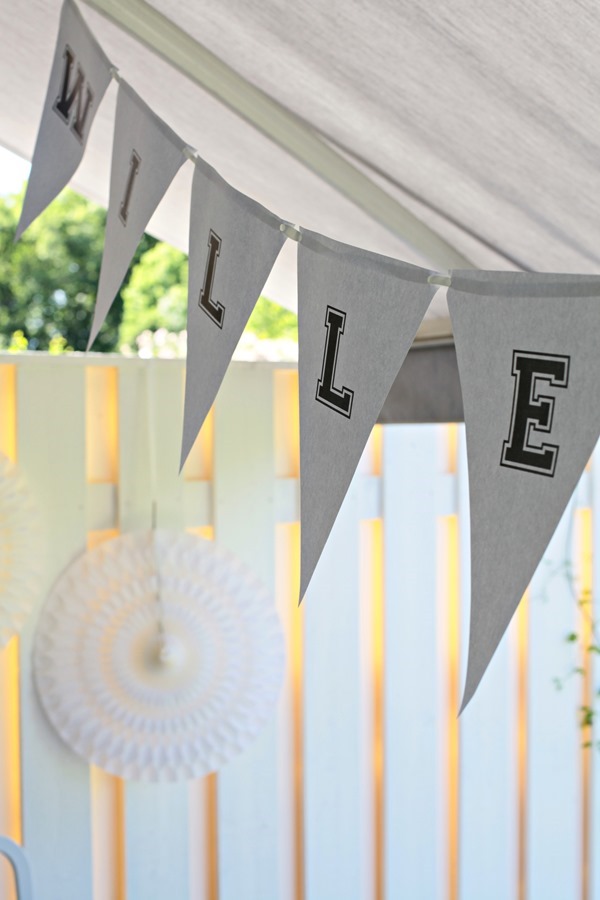 I made simple bunting saying WILLE 2013 over the table by printing a letter each in dark grey on regular printer paper, punching holes at the corners after cutting the shapes out and stringing them with gift ribbon. 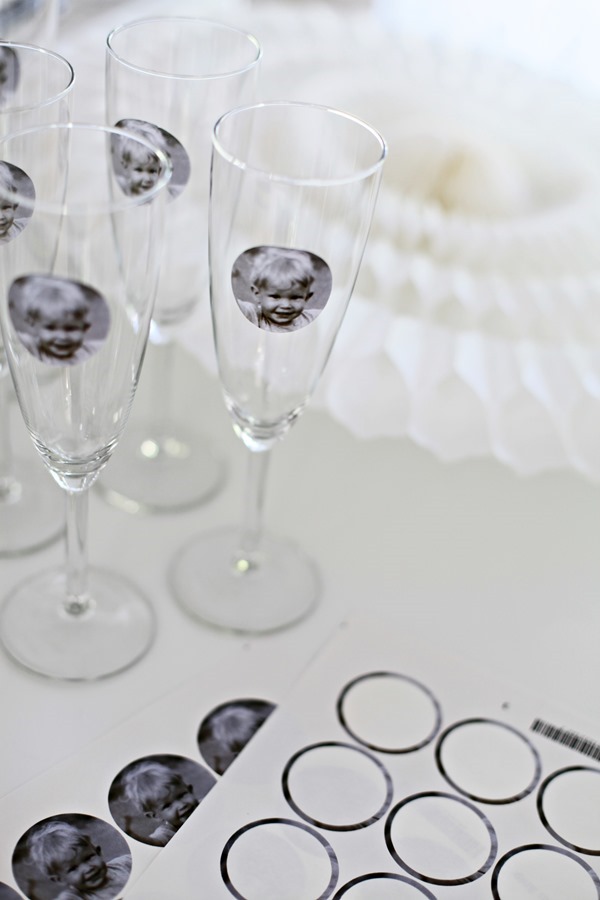 The black-and-white-Wille-as-a-toddler-photo-theme continued (inspired by this from you know who) on the champagne glasses (which I borrowed at work so I could avoid buying something I use so rarely AND avoid disposable). I bought the envelope seals from here and simply stuck them to the glasses. (Afterwards I just placed the glasses in the dish washer and the seals came off without leaving any residue.) 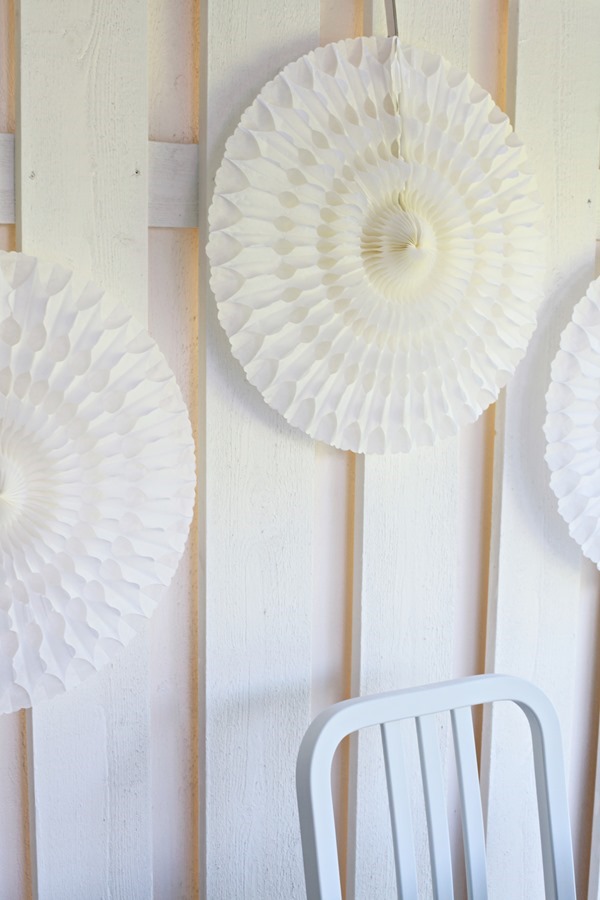 I’ve been holding on to these paper wheels for ages not knowing what to do with them but now they came in handy at the head of the table where Wille was to be sitting. 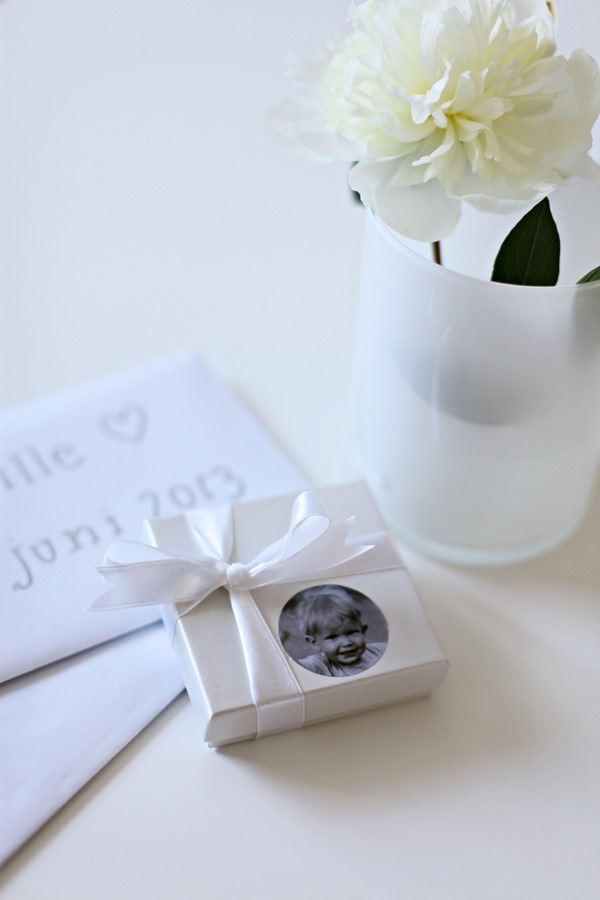 The little stickers also came in handy when I wrapped one of my gift to Wille (engraved silver cuff links). 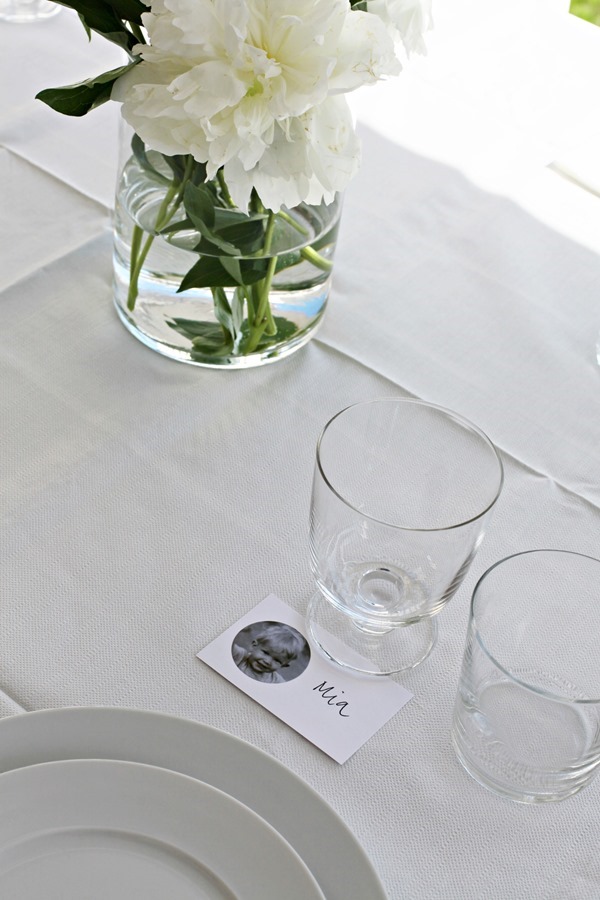 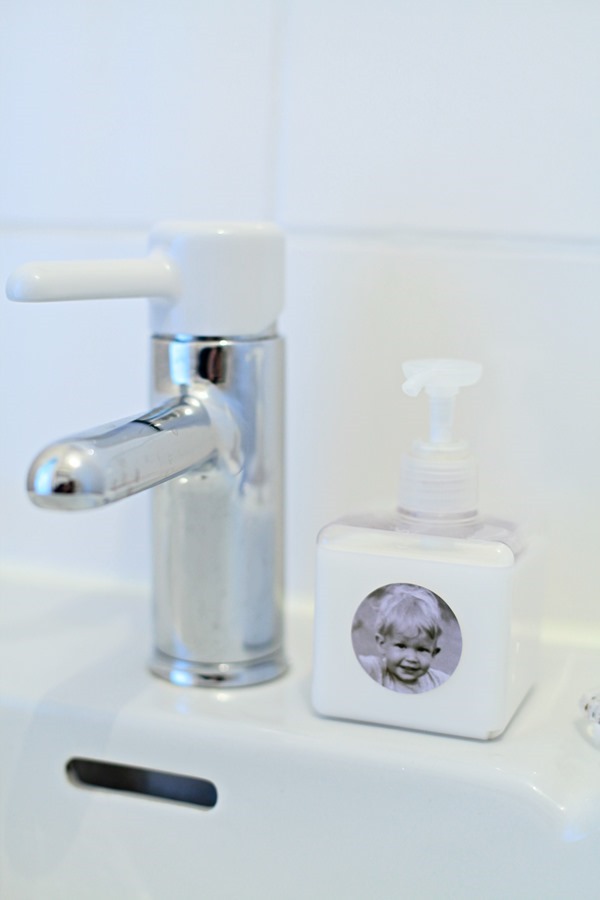 Even the soap in the guest WC got one. Oh, and the thank you notes Wille sent out after were embellished with the seals too. 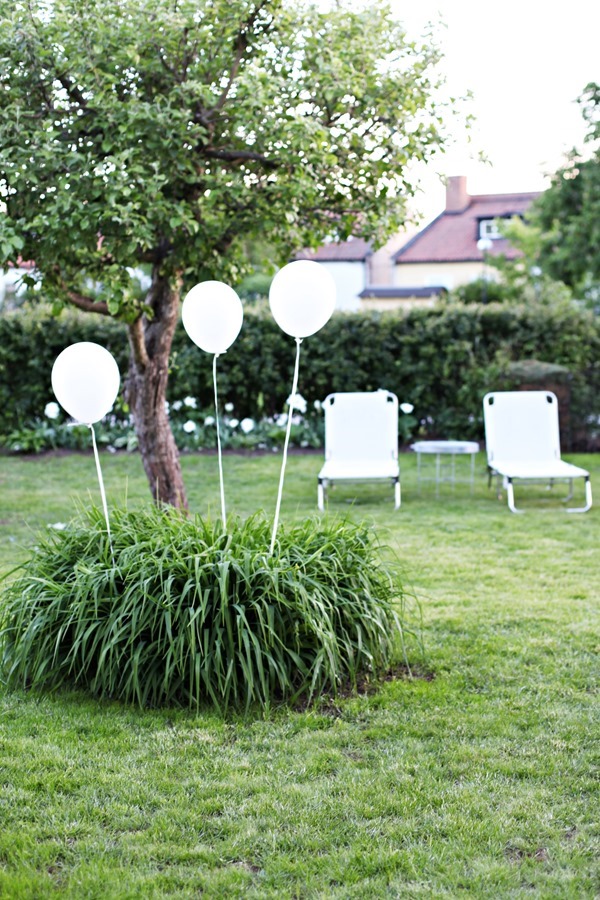 We were super lucky with the weather on the day which was a total bonus considering that the day before was very cold. Great day all in all and I really enjoyed how (simply) the decorations came together.