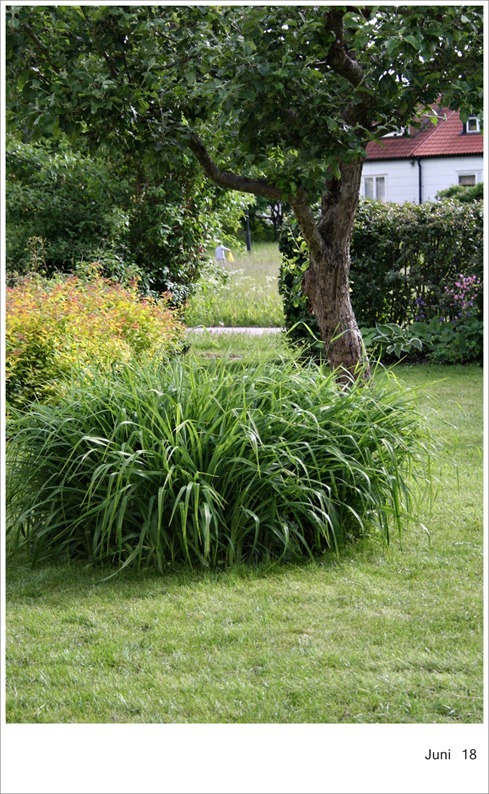 So, I’m back quickly to post my 366 project. Here’s the Day Lily patch which I saved when redoing the garden. I love the foliage but not the yellow flowers so I snipped them all off. Also someone mentioned that they’re poisonous to cats which made snipping them off not as much of a sacrilege. 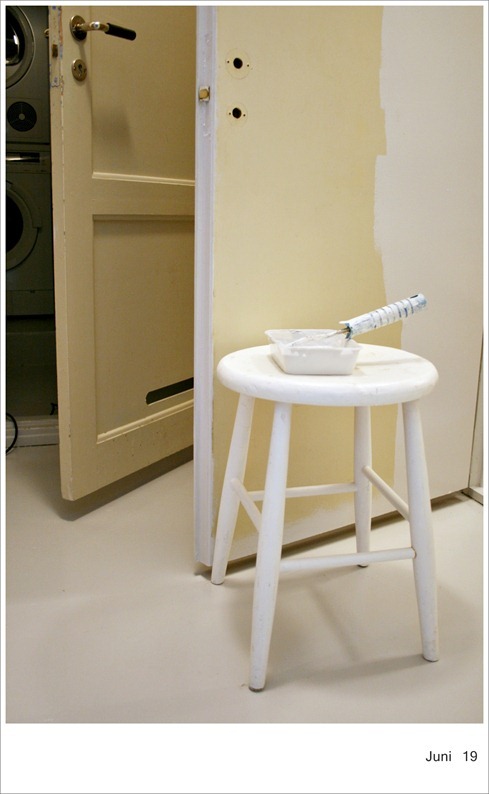 This week was paint week. I’ve been beavering away in the basement and staircase even with the sun shining outside. I think that yellow tint on those door was once a shade of grey. I’m returning them to their former glory I guess. 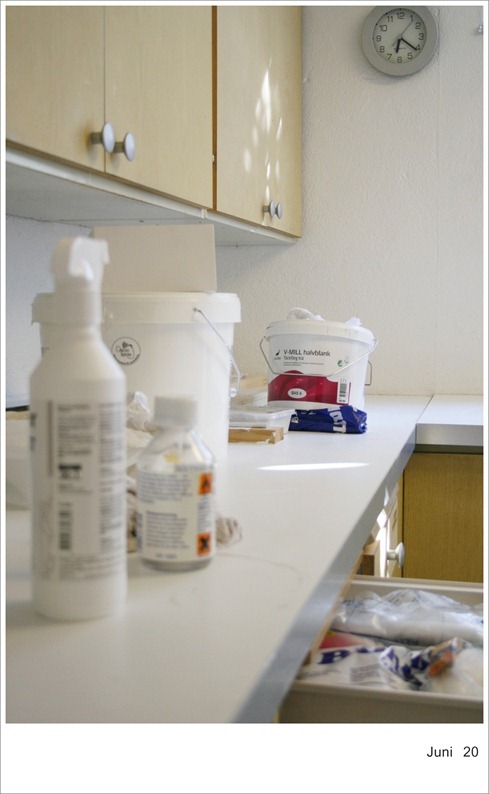 My next project, after all the doors, trim and more has been done is to make over these cabinets in the hobby room. They’ve served me well while all the renovating’s been going on but now that that will slow down slightly I look forward to making these look better. 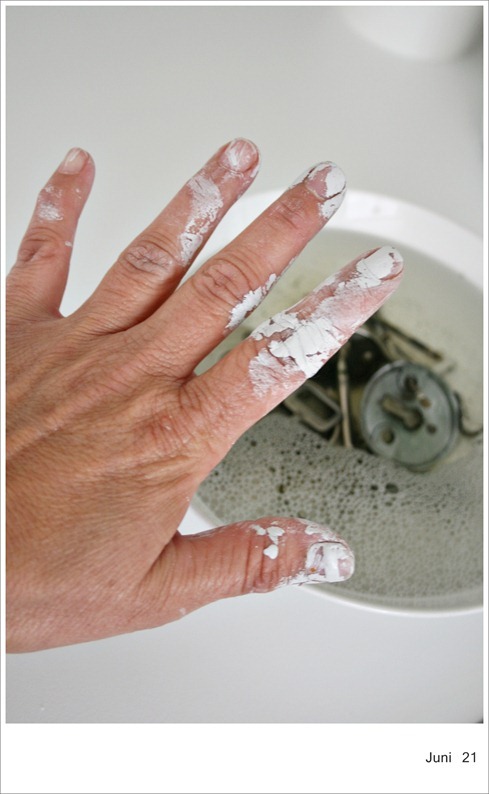 This is what I’ve looked like all week. I didn’t even bother to clean it all off properly at night because it would get just as bad the next day. Also there’s constantly been a bowl of some hardware or other soaking on the kitchen counter. 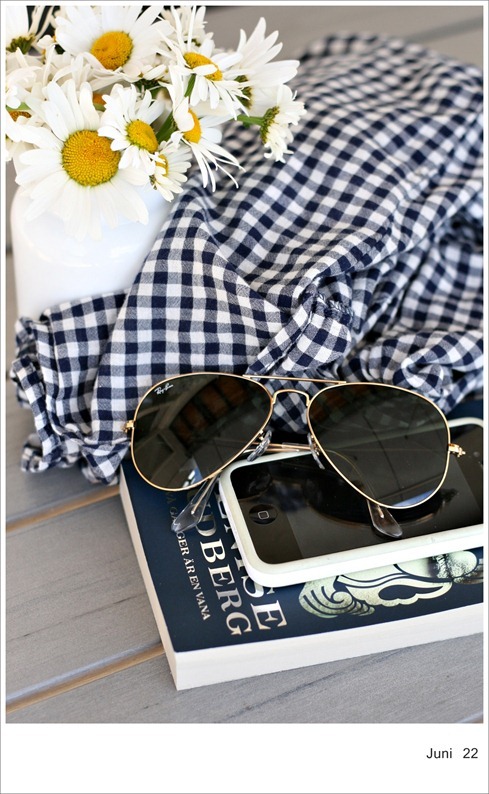 I did take a bit of time off on Midsummer’s Eve. Wille was away celebrating with friends, the sun was shining and I put my bikini and sunnies on and spent the afternoon lounging around on a deck chair. 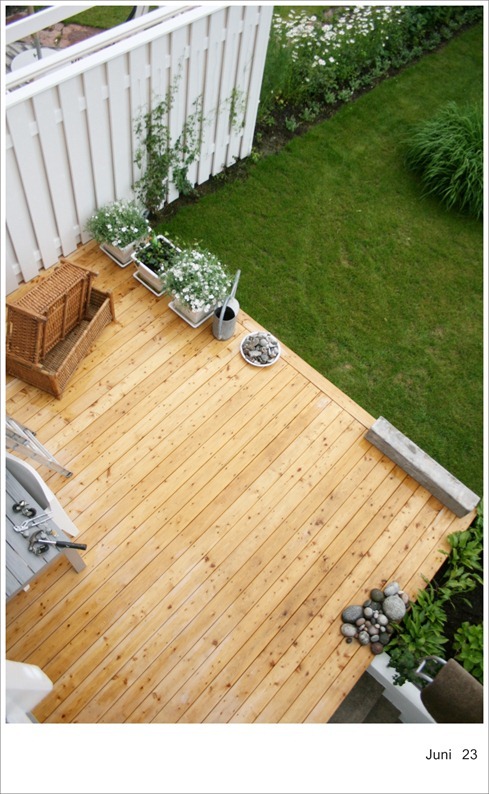 I think I’ve mentioned that I have a garage. Turns out you’re not allowed to store anything much in there aside from a car, tires, bikes etc so I decided to store whatever else I had there in the attic instead so midsummer’s day was spent sweeping the floor up there, bringing everything upstairs via ladders and then cleaning the balcony and deck and myself thoroughly after because boy was that dusty! And yay! I found a second Eternite planter up there! It’s almost twice the lengths of the one I found by the compost earlier. You can see it on it’s head there on the right. 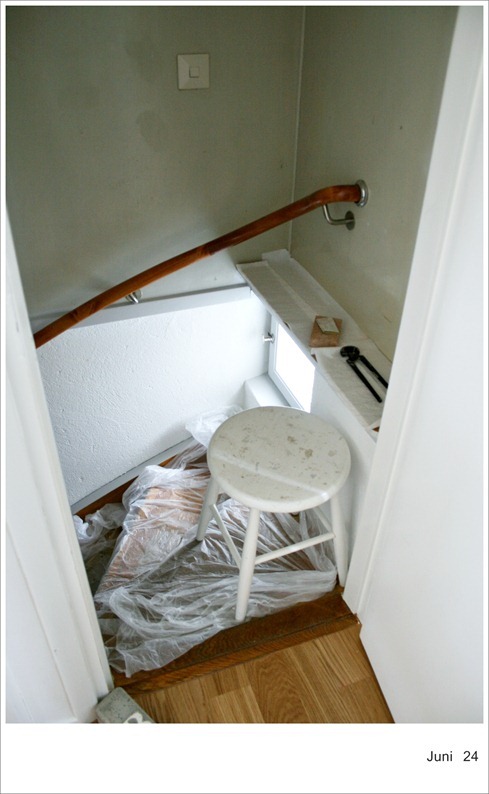 And I’m still painting as we speak. Here I’m waiting for the second coat on the underside of the stairs to dry. The white wall and grey trim is already done and I will wallpaper that yellowed grey there at the top. Ordering the wallpaper tomorrow (read today Monday).

So because I still have so much more I want to get done this last week of vacay, I’ll take the rest of the week off blogging to do it but I’ll see you again soon! 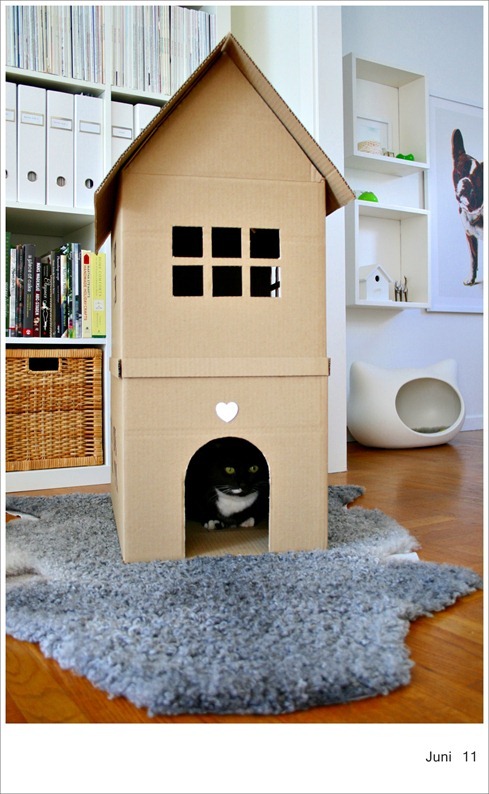 I have to say that the little house I crafted has not gotten a whole lot of use but occasionally I do hear noises from in there or see someone go in or come out. Love. 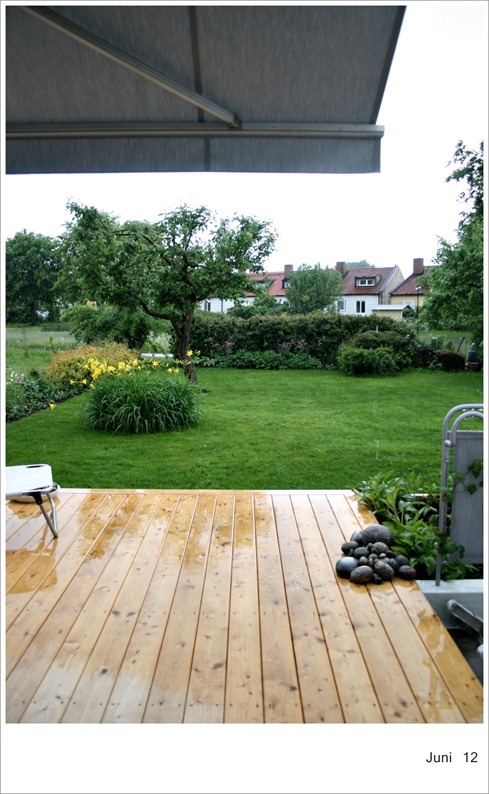 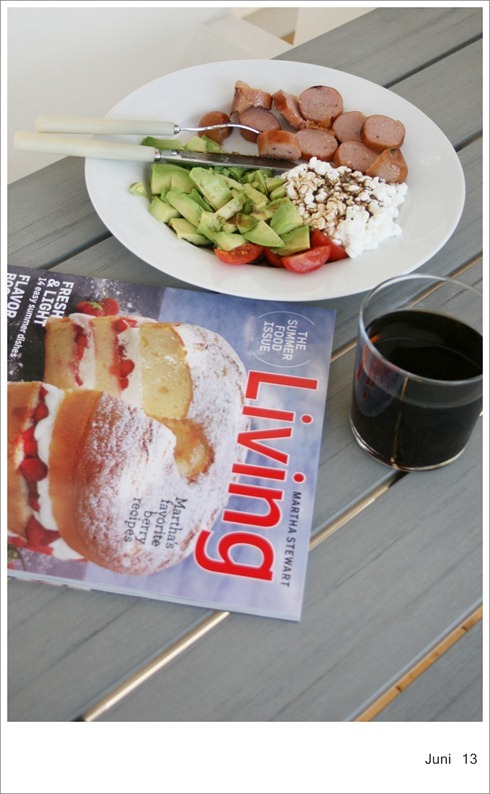 Wille was off to the Hultsfred music festival and I was lucky to get the new (for us over here) issue of Martha. 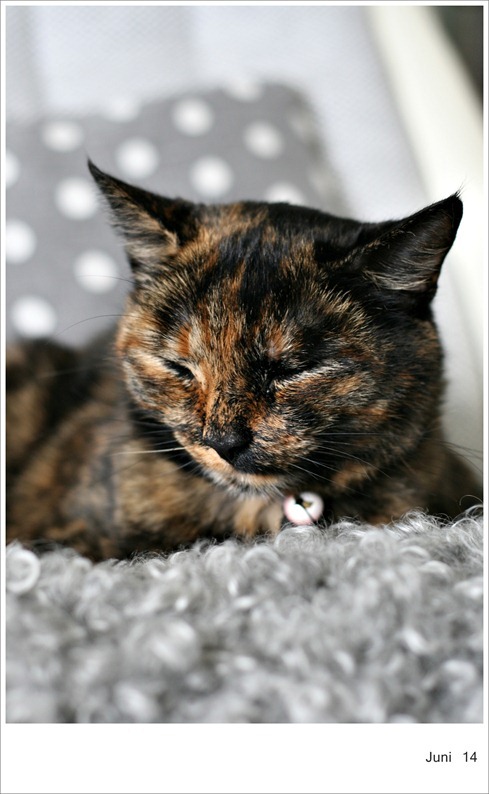 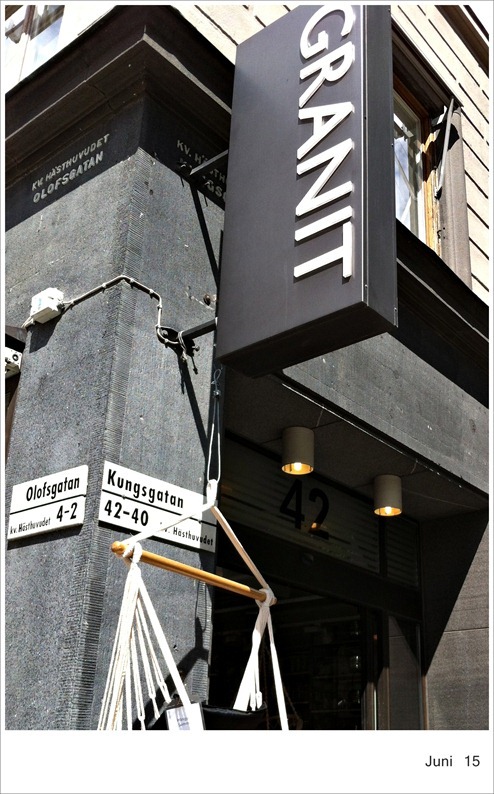 Went on a bunch of errand runs this first week of vacation so I’d have the supplies for all the projects I’ve planned. Granit is a must visit for all those of you who are visiting Sweden btw. They have great stuff but also THE friendliest staff. 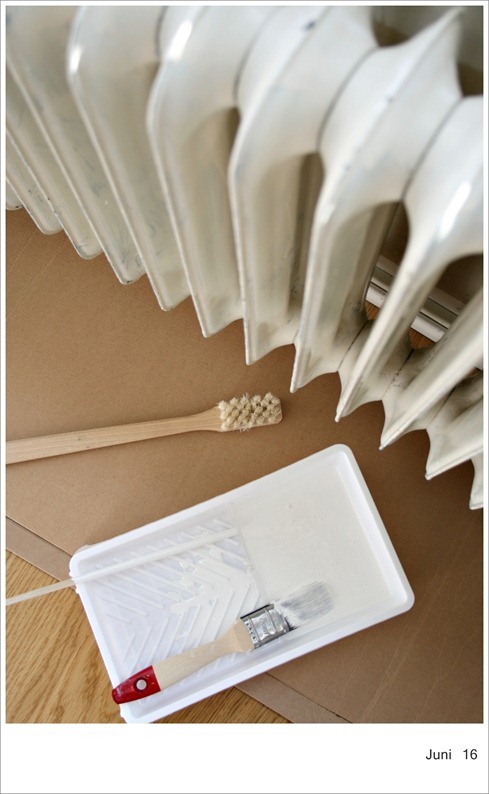 While Wille’s away I’m tending to some stuff in his room like finally painting that radiator, window frame, doors + trim. Also fixing his middle closet and switching door handles. 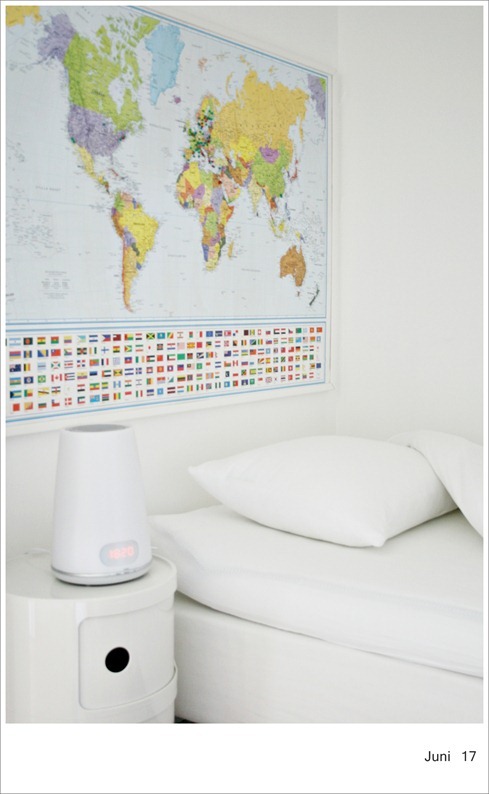 As I’m writing this on Sunday at 8.15 pm I’m waiting for Wille who’s due back from the music festival later tonight where he’s spent four nights in a tent in the rain. Bet he’ll enjoy his freshly made bed more than ever tonight.

So, I’ll be taking a little break from blogging now and will see you guys later. Have a great week! 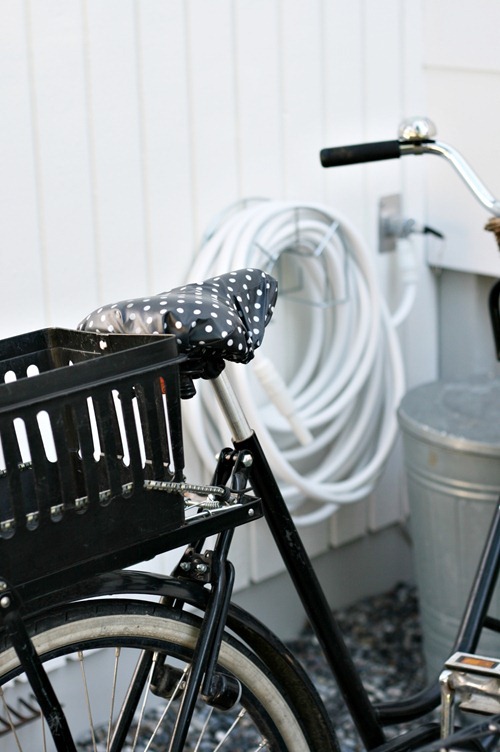 As you probably know by now we don’t have a car. I have a driver’s license but I haven’t driven since we moved into our old house when I drove the truck. That was 13 years ago. What can I say? I hate driving.

We live in a city with great public transportation and I hardly ever miss having a car. Some of you have asked how we schlepp stuff home though so I thought I’d show you my little chariot. 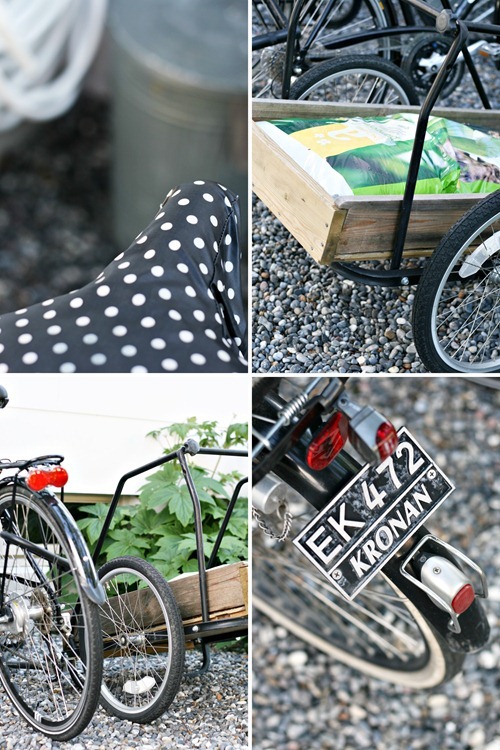 Aside from a black plastic basket at the back of my bike and a wicker one at the front on a metal rack I have a little cart that gets hooked up to the back of the bike. The funny thing is that that cart used to look like this some twelve years ago or so when Martin used to drop off and pick up Wille from day care in the city center when we first moved into our old house. After Wille got too big for it Martin rebuilt it so we could transport stuff in it instead of kids. And it’s still going strong! Only yesterday I had two big hauls, one with garden soil, paint and groceries in the morning and one with frames and other home supplies later in the day.

And yes, both of our bikes are black and so’s my little chariot. Lucky me that Wille liked black too for his fairly new ride so it’s all nicely coordinated at the front of the house!

Ok, so here’s the deal about my little break. I’ll be posting my 366 weekly photos on Monday but then I’ll probably take the rest of that week off. It’ll be weird. But nice!