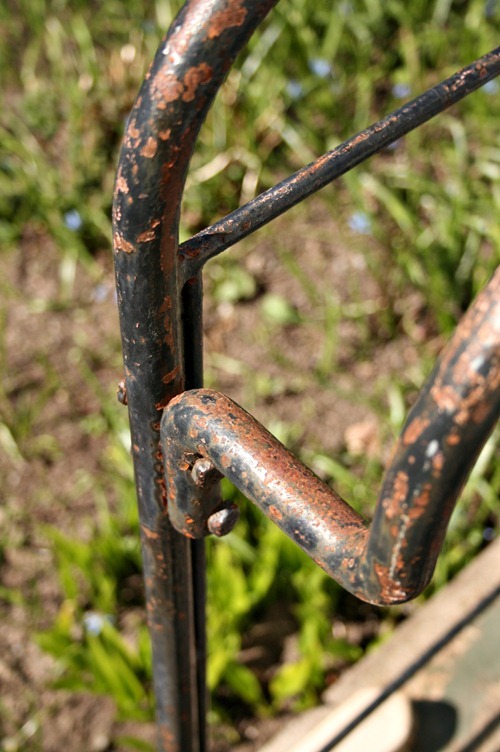 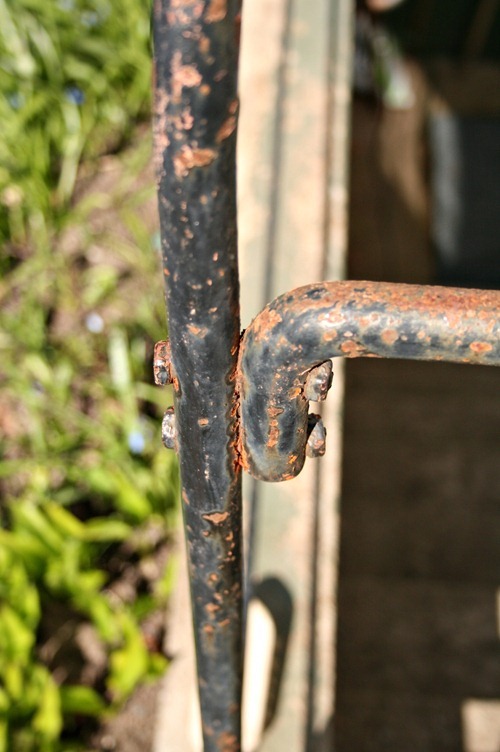 As you can see the banister and the handrail to the basement stairs needed a little TLC. Crusted up old paint and rust used to be the name of the game. 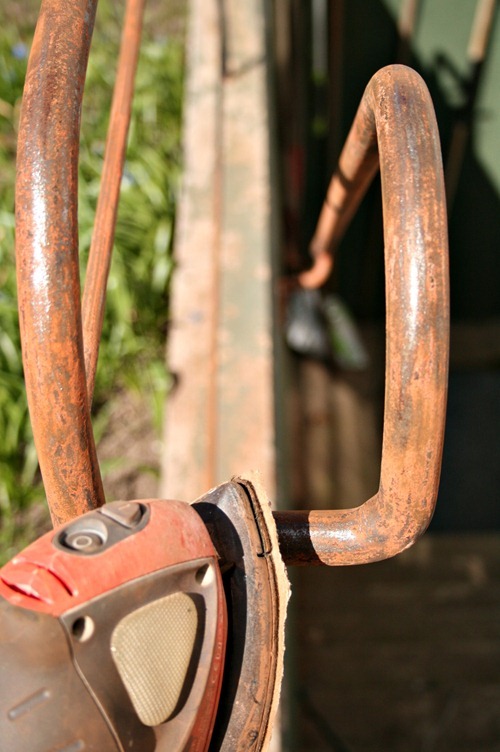 That’s until I got out my all-time favorite power tool, the mouse sander. Little mousey got working and quickly gnawed off all the old paint and rust. Knew I could trust him! 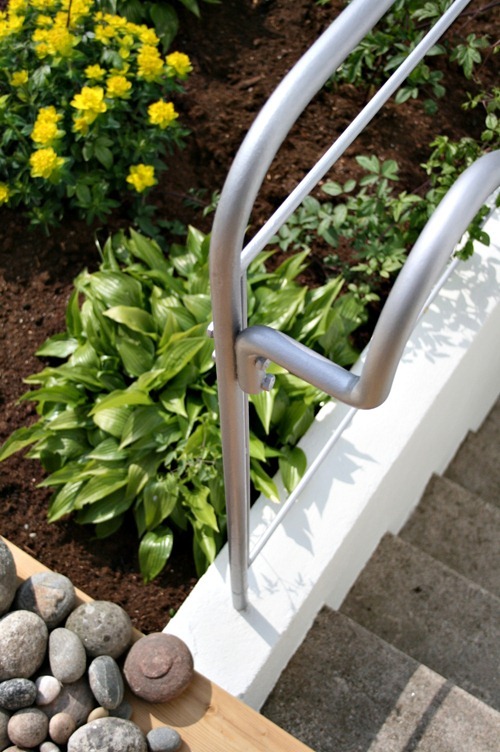 And a couple of licks of paint later, tadaaaa!

I chose a grey metallic instead of the original black which I had first intended. The reason being that the mechanism of the awning is aluminum and a similar color and since I’m going to stretch awning fabric between those two narrow bars I wanted the whole thing to match the awning. I think it turned out great. Now I just have to wait for the weather to go bad so I’ll be inspired to sit in the basement sewing. 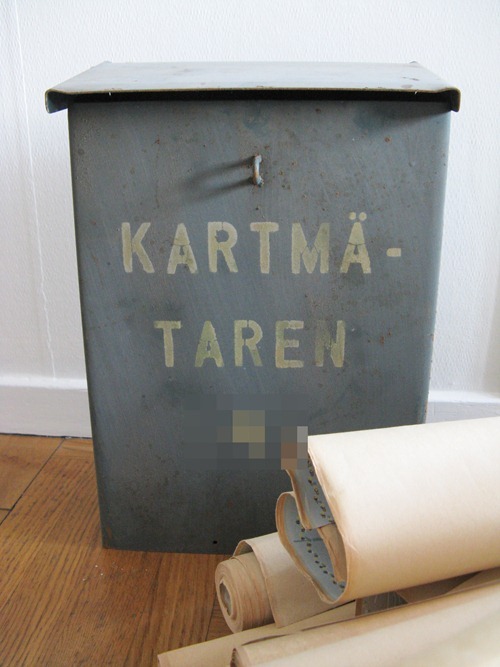 Don’t know if you noticed the old mailbox in yesterday’s post? Remember how Wille and I found it along with the old wallpaper in the attic and how I was inspired to use it like this? 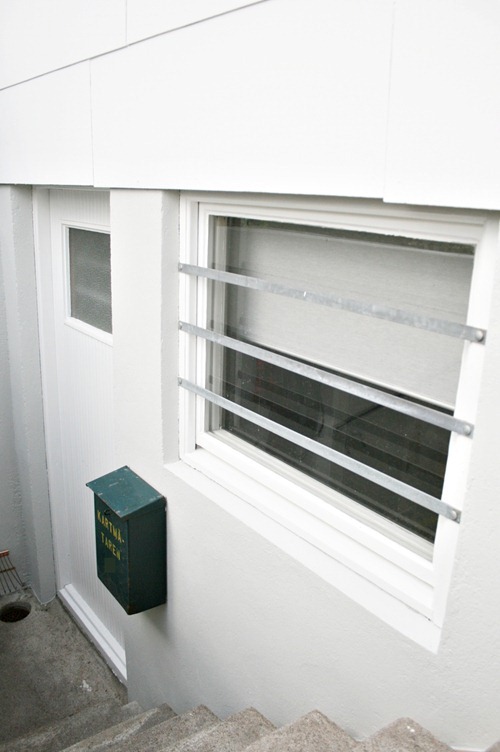 Well it’s up! And dusted… 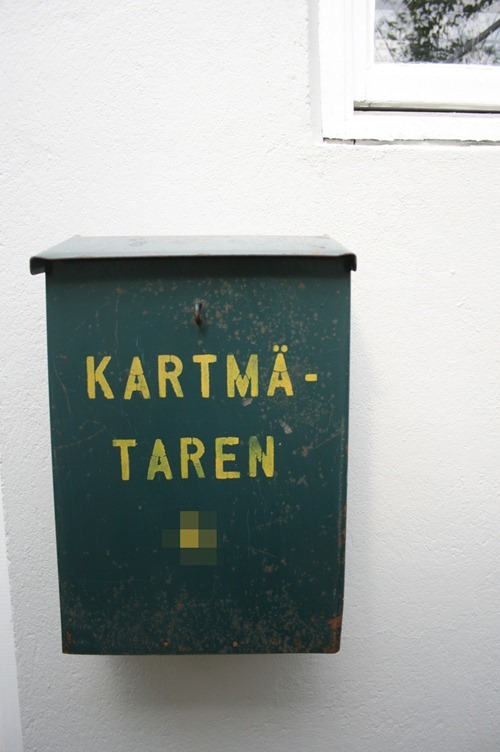 I love the function which means I don’t have to store small garden tools inside behind the locked door but can easily grab them. And with the lid they stay dry too! I also think it’s so cool that it’s the original mail box to the house and back in use again. Second life. 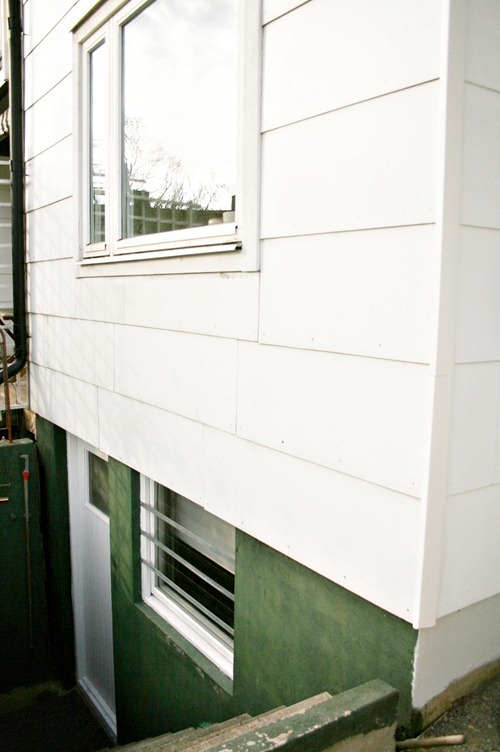 So the foundation at the back of the house has finally been painted. I know several of you like the green color but it was so dark and dingy so I’m afraid it had to go. 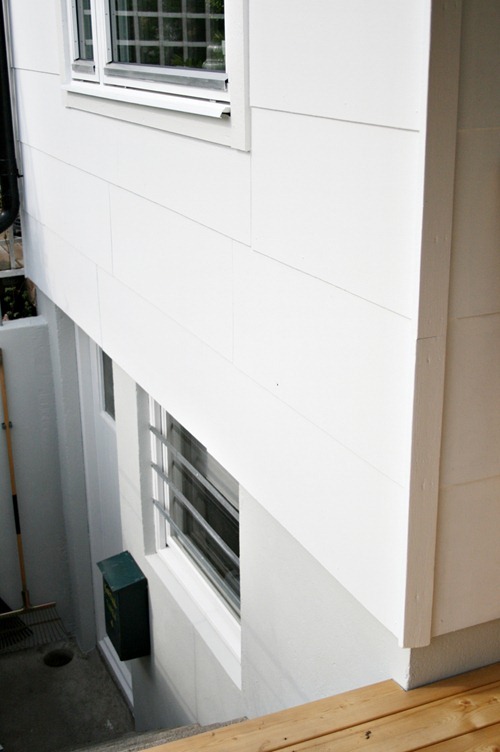 And here’s the result. The same grey (called duva/dove) as at the front of the house. I like it because it’s grey but it’s light. It gives the house a base to stand of without feeling heavy.

Oh, in this shot you can see how the deck rests on the top of the stairs. A couple of you were wondering if the step down would be hazardous but on the contrary it’s safer as it’s now down as opposed to over and down before. And here’s the before from afar. Or actually more like the during… 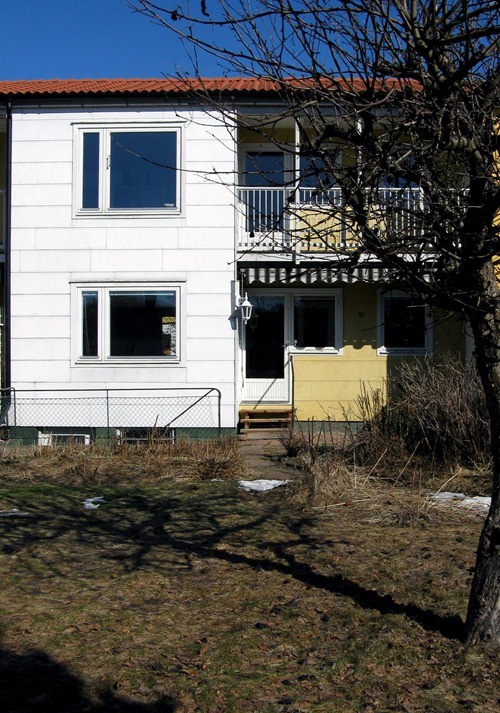 … since this is the real proper ghetto before. 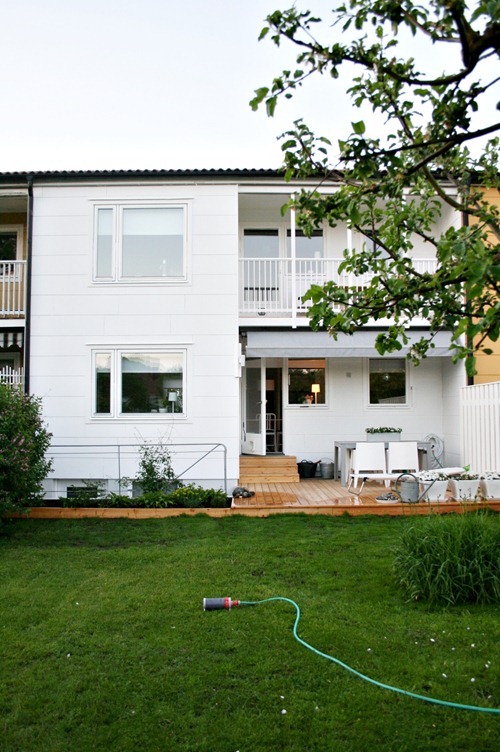 And here’s the “kind of after” which still isn’t 100% complete. Will keep you updated with the flower bed process a little later on when the plants I ordered arrive. So excited!