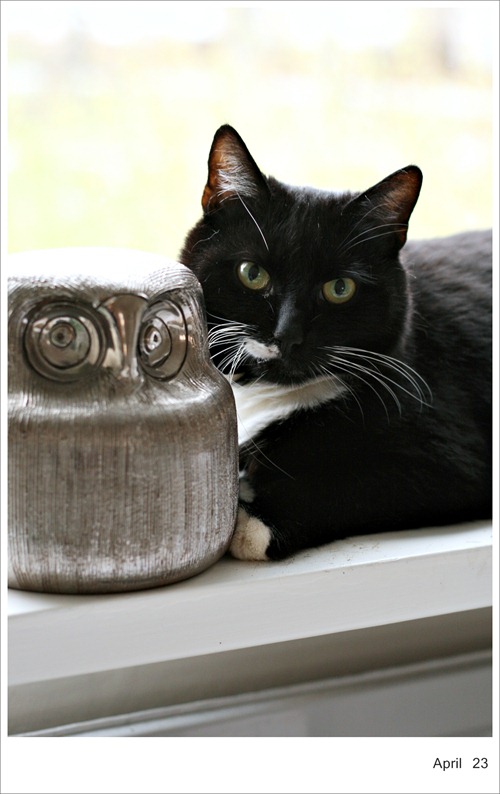 Back home again and I actually do think Mini and Bonus missed me a little bit. 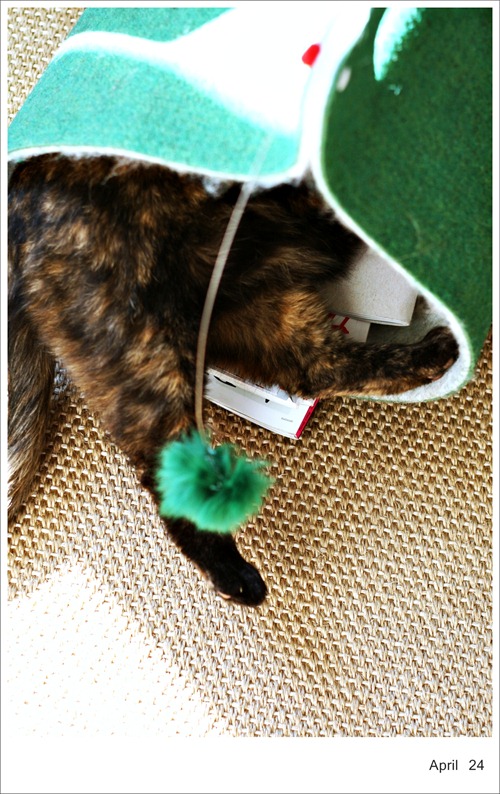 The Old News is still going strong as this years most used exercise equipment. 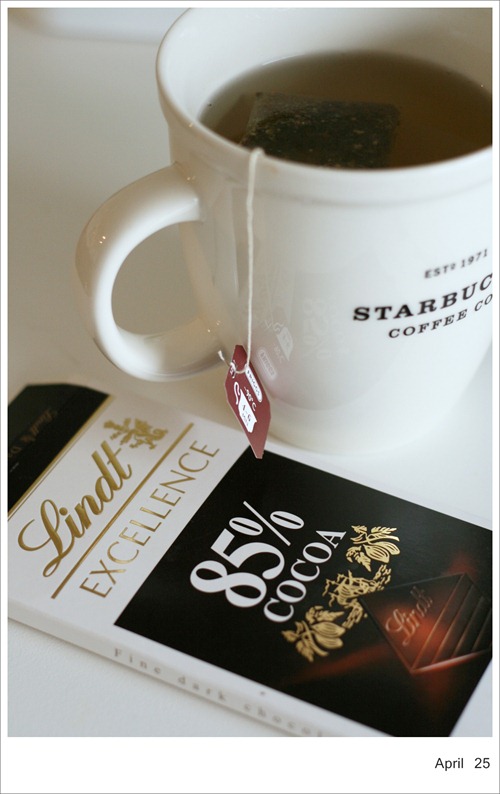 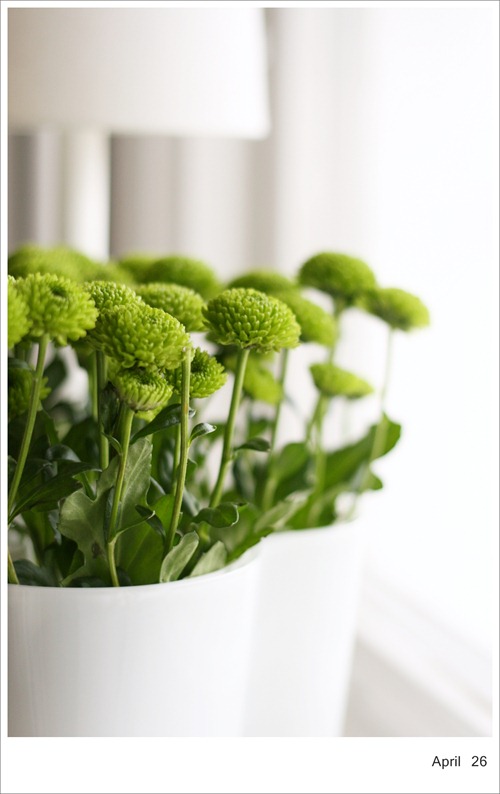 Another favorite that last way longer than those chocolates are these chartreuse button mums. Love the color and love how long they last. 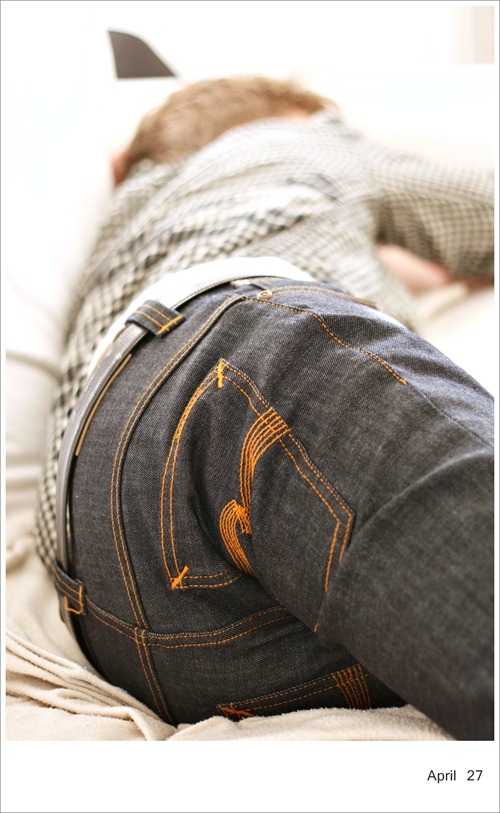 Wille taking a nap after a long hard week at school. 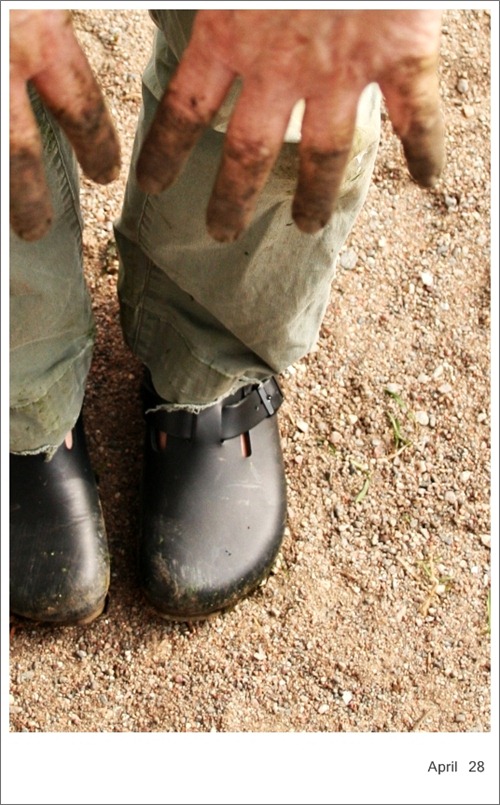 Spent Saturday weeding the flower beds and my new Birkies are really comfy but not so clean anymore. 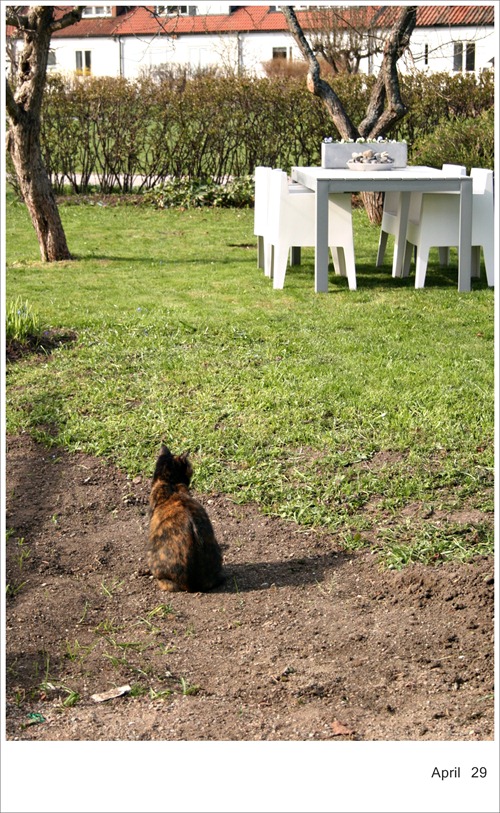 I also mowed the lawn for the first time this year. It’s mostly weeds and bare patches of soil right now but hopefully by the end of summer it’ll be much better looking. 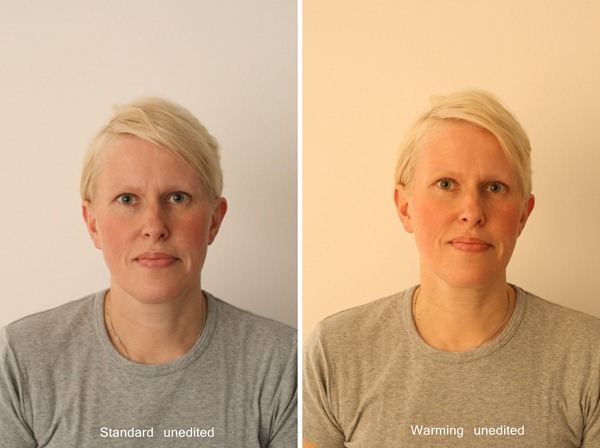 After I wrote the post on my Lightscoop love I received an e-mail from the people over at Lightscoop who’d been tipped off by one of you. They said thanks for the surprise review and did I want to try the warming version of the product.

I said yes and here I tried it out. These top photos are completely unedited photos taken against a white wall in my basement in the semi darkness using the on-camera flash and only switching the Lightscoop out between shots. At this point the warming one was not my cup of tea I have to say. I did like that my face looked a little bit less pale but I didn’t like what it did to the background. 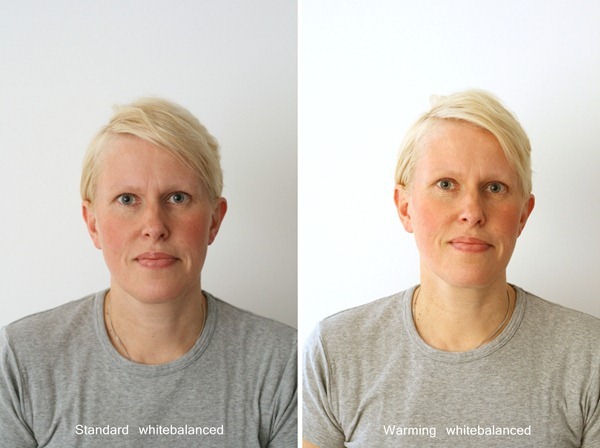 But check this out. The only editing I did here was to do the exact same white balancing in both shots. I use Photoscape which has a one click white balancing option which I love and here’s where the warming lightscoop really came out great. I love how the background turned white instead of grey and that my whole face lit up. Like I said this is just one click white balancing and no further editing and if I were to use these photos in an other context I’d probably tinker about a little bit more with both of them until I was done. And remember I’m just an amateur so I’m just going with what looks best to me. A pro might have a completely different opinion on how the correct way to go is.

I have yet to try it out on shots of interiors but that’s next on my list. I have to say I’m pleasantly surprised as I didn’t think I’d like the warming one at all.

Thank you so much Lightscoopers for letting me try it!

And did you notice? How could you not, it’s FRIDAY! Have the best weekend! I’ve been asked to share more about parenting and I’ve resisted because I haven’t really thought that what Martin and I have done raising Wille is any different to what other parents do raising their children.
After Wille’s 18th Birthday I received so many sweet comments and e-mails though that I decided after all to share a bit more. Please don’t look at this as a how to parent post though because it’s most certainly not. It’s a post on how we raised our son. You (will) do it differently with your kids and that’s perfectly fine! To each his own.

We tried for over two years to get pregnant so we were over the moon when we found out that we were having a baby due in March 1994. I was 29 and Martin was 34. Wille was three weeks late and ended up arriving on April 6th and yes we checked to see if it was a boy or a girl as soon as we could. Neither Martin nor I are big on waiting for surprises. We even named him before he was born. Bill later turned into William because Wille’s grandparents thought it weird to give him a nickname. We never ever use William though and Bill quickly turned in to Wille.

First before I forget, some advice from the midwife/nurse who held the parenting classes and later the baby classes;
1) Practice baby massage. It helps you bond with your baby and it’s good for its plumbing. Both true!
2) As soon as Wille is old enough for a big bed get a BIG bed. Meaning don’t get a toddler sized bed where you will end up lying but instead get a twin sized (120 cm wide) where you can comfortably fall asleep if needed. Best advice ever! We all slept comfortably but maybe not all in our own beds all the time. 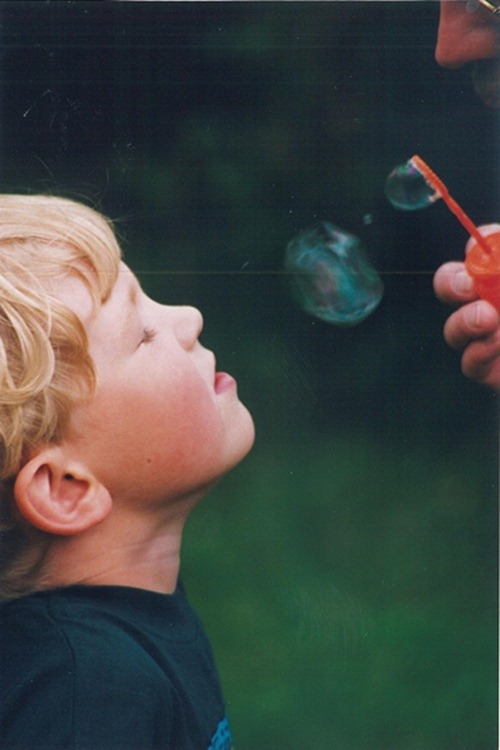 So now on to what we’ve done that might be different from what most people do. Or not. It’s just the things that you guys seem to react upon when I’ve mentioned them or things that we’ve had discussions about with teachers at school or what I’ve noticed when comparing to what I see going on in other people’s homes and families. Again I’m not saying that what we or I have done is the right way to go. All kids, parents and families are different.

Our family has been a small one. We only have one child. I think Martin might have wanted more kids but I was way too happy with having Wille and when asking him if he wanted siblings he didn’t so it never happened. I’m an only child myself while Martin has two sisters. My mom came from a large family and I always knew that wasn’t for me. Having an only child has its advantages for sure (time, cost etc) while having siblings probably is great too (growing up together, sharing etc).

Anyway what I’m saying is that when you have an only child it might be easier to let that child make their own decisions or ask its opinion because it doesn’t affect so many others. I remember getting slack for that when Wille started school and we had a PTA meeting and the teacher didn’t understand how we could let Wille who was six at the time decide on so many things. To her it was our job to make sure we told him what to do and not for him to have that much of a say. I can’t remember exactly what we let him do or decide because it really isn’t important but the fact that we should “parent” more and not let Wille have much of a say seemed (and still seems) so odd to me. It’s not like we were hippie parents that didn’t comply with society, we just always felt that Wille is a person (albeit a small one at the time) and he should have his say and we should listen and if it’s not an outrageous request or demand (it never ever has been) we should allow it or at least compromise towards it. 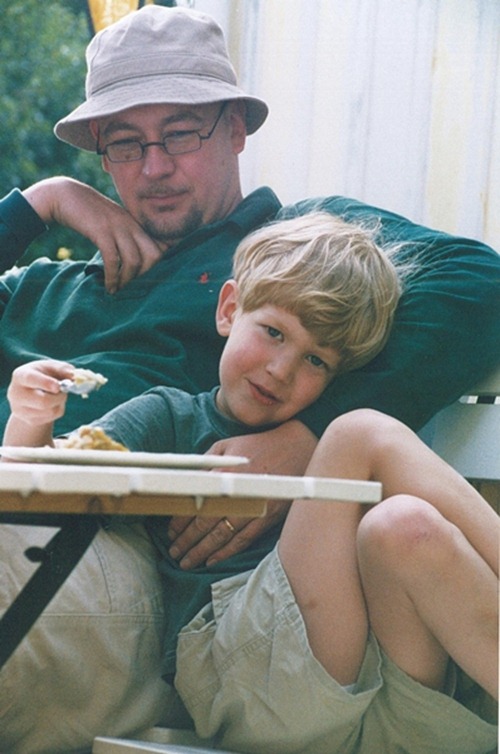 Another thing that we’ve actually touched upon here on the blog before are chores and the fact that Wille doesn’t have any and never has had any. Wille helps me out when I need him but he’s never had a list of things to do around the house. I don’t think chores are as common over here as they are in other countries but I’m always amazed at all the chore charts and lists of chores that are posted online in different forums. I’ve always felt that kids should be allowed to be kids and that there will be plenty of time for all that as adults. I will make sure to teach him what he needs to know before he moves out and he’ll quickly find out that having a home is hard work. No need for him to find that out at age five. Again my very personal opinion and I KNOW there are a zillion people that think otherwise. And again that’s fine! 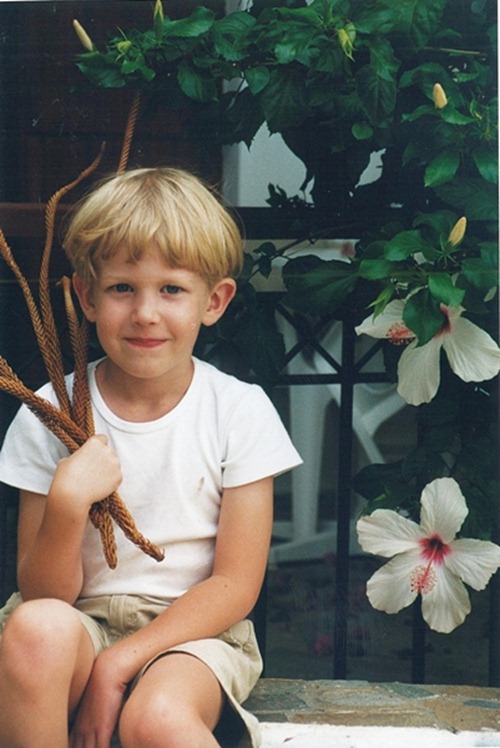 We’ve always encouraged Wille no matter what his interests have been. Wille was never into sports when he was younger (that came on its own when he became a teenager). He preferred the computer and we let him sit at it as much as he wanted. He was totally into World of Warcraft and we’d postpone meals if there was a big game session on or serve him on a tray. I know this must sound crazy to some of you but we kind of said, ok, this is what he’s into right now, it’ll pass but while it lasts let’s compare this to other families where kids play sports or have other extracurricular activities and dinner’s postponed because of that. It did pass and Wille now plays basketball, soccer and runs miles every week. By his own choice. 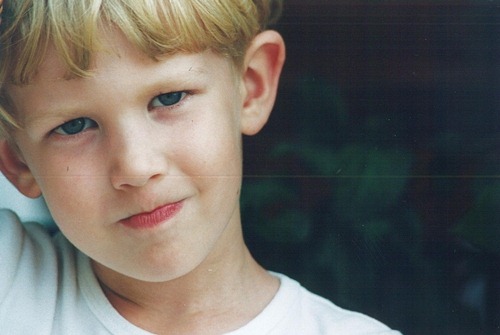 I do wonder what the future will have in store for my boy. It can be anything he wants as far as I’m concerned. Anything he wants to as long as he’s happy! My dad was quite conservative and had a lot of views and opinions on what I should become as an adult and tried his hardest to steer me in different directions that I had no interest in being steered towards (Can you see me as a diplomat? No? Didn’t think so.) so for me it’s super important that Wille gets to choose on his own. I will be there to guide him and help him if he needs it and to encourage him and I’m sure Martin feels the same way. At the moment Wille’s biggest interest is music and he’s less and less interested in becoming an engineer. Not sure he’ll take his interest in music as far as a profession but either way I’ll be cheering him on and I’ll always be around to catch him if he needs it, no matter what.