Simplify 101 Give away and Coupon 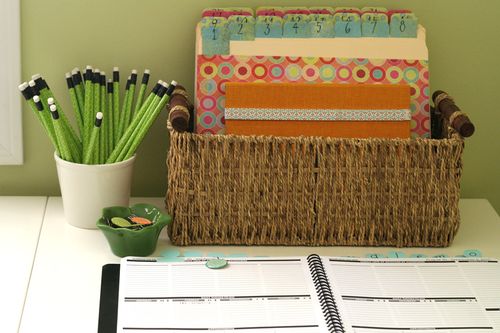 It’s give away and coupon time!

One of the suggested topics I got quite a few times when I asked what you want to read about here is time management. Unfortunately I’m no good at explaining how to do it as I just wing it and try to cram as much as possible into my days with little system other than my lists. It works for me but it's not something I recommend...

So if you feel like your days are out of control as you bounce from one task to another and feel like your to-do list is never ending and you're not happy with your current approach to managing your time and your list, "It's About Time" might just be the class for you! You’ll learn how to make the most of your time so you can have more fun and get more done!

Aby doesn’t prescribe a one-size-fits-all approach to time or task management. Instead, she’ll help you pinpoint the ways you'd like to change how you spend your time and manage your to-dos, and with the ideas and techniques presented in the lessons, you'll create a customized approach to time and task management, one that works for you. View the entire class syllabus here.

So, on to the give away; One person will receive a spot in the simplify 101 online workshop "It's About Time:  How to Have More Fun and Get More Done" with organizing expert Aby Garvey. To enter to win please leave a comment mentioning the least favorite task on your to-do list and why you dread it. Can’t wait to see what’s on those lists of yours! I’ll close the comment section on Sunday afternoon, my time, and announce the winner on Monday morning..

Edit: Comments are now closed. The winner will be announced on Monday! 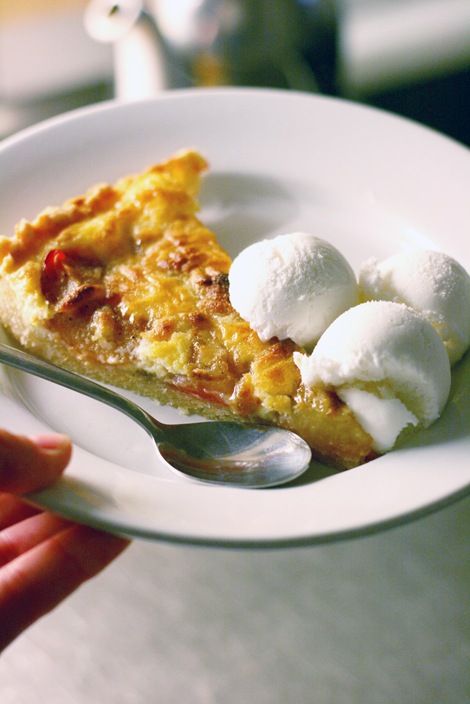 Here’s that recipe I tried at my mom’s first and then made again at home. Plum tart. Delicious!

The original recipe says serve with whipped cream but Wille and I prefer vanilla ice-cream. 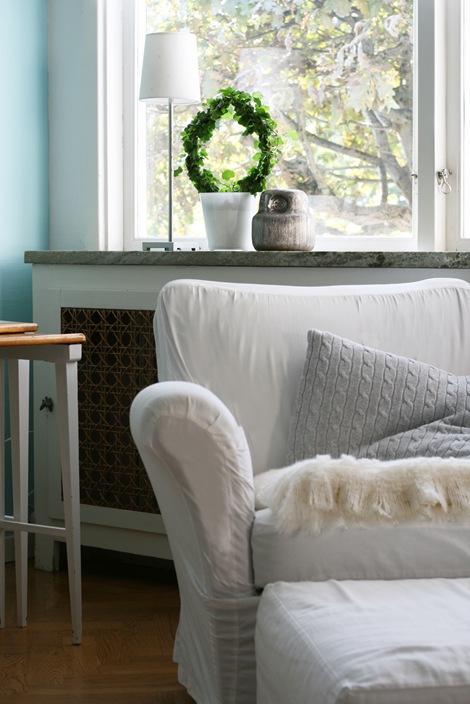 When I asked you what you wanted to read more about here on my blog there were some questions on “my new life”.

Rebecca wrote: I'd be curious to see the ways in which your new life is reflected in the work you do with your home. Not sure what that would mean, but maybe you'll go about things in a new way.

Lena said: I actually am quite curious how the separation will affect your living situation. It sounds like Martin will move out or already moved out? If yes, what changes will that bring (for example what will you do with the boat room, what things will he take with him, how are you deciding who gets what, is the separation influencing your decorating because you can do things he didn't like, maybe he would even like to share his new apartment with us?). I think it really would be interesting and maybe helpful to some others to see how in a friendly separation like you two have these decisions are handled and decided.

Nancy wrote: If you are up to sharing about how this change has impacted your life, (for better or worse, design wise or just life in general) then I would be interested in hearing about that too. 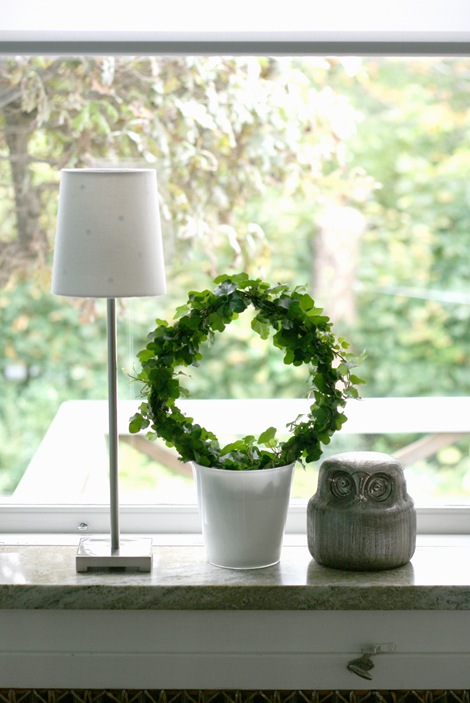 Well, here’s the deal.
Martin did move out already. He’s staying with his new girlfriend. I know… But the thing is, our separation would have happened anyway but with him finding someone else it sure speeded things up. Please don’t worry about me though, I’m much MUCH happier now than a month ago so all really is well!

The fact that he’s moved in with someone who already has a complete home means he didn’t really need a lot when he left so most of his stuff is still in the house. I've started bringing things into the boat room which will stay intact for the time being and his side of the closet is getting less crowded so I’m taking over more space in there. I’ve never had this much closet space before!

Our aim is for Wille and me to stay in the house for another three years until Wille leaves school at which point he’ll be nineteen and may want to start living on his own anyway. If we’re able to do so depends on if Martin will stay where he is now or if he will want/need to get a place of his own sooner. I’d be totally ok with moving but Wille really likes the thought of us two staying here with Mini and Bonus so for his sake I’m hoping this will work out.

As for what I will do around the house now that I have total freedom (+ input from Wille of course!) it’ll be evident here on the blog :). I’ve done a few changes already, like moved Martin’s books out of the way and removed the boat from the living room wall. But I also foresee some other changes for the future (subject to cash flow), possibly a new sofa and armchairs, new light over the dining table, a rug (!), new color on front door etc.

When we do sell the house at a later stage I’m ok with Martin taking whatever he wants without reservation (+ all the stuff in the boat room, storage room and dining cabinet that I’m loving the thought of finally seeing the back of). As a matter of fact as fara as I’m concerned he can take anything he wants right now. I’ll be happy to start over with less stuff and MY stuff. Actually I can hardly wait :).

Financially it will be a bit of a struggle for me to keep the house as I’ll be the sole bill payer even though we’ll still co-own it. I’ve already started to cut down on unnecessary stuff like a monthly lottery ticket and I’ve successfully renegotiated all our insurance policies. Two phone calls later and the yearly bill will be 1700 Kronor (USD 225) cheaper. Little things like that.

One major difference will be that I will go back to work full time as of October 1st. My aim for these past couple of years has been to work less on my day job and more on projects of my own but with the change that’s happened it’s just not possible. The great thing though is that I’ll be switching jobs! I’m staying with the same company but I’ll be working with other things. I’m dropping the visual merchandising part of my job and will be working with the company website, social media and other aspects of the internet. For the time being I’ll still keep parts of my original job but will be fazing them out over time. I’m really quite excited to have this opportunity to do something else so the thought of saying bye-bye to Fridays off isn’t as hard after all.

As for things in general I’m changing my routine a little bit. I used to go straight from the computer at work to the lap top at home and write tomorrow’s post while Martin made dinner. Now I do a bit of grocery shopping on my way home, cook, do the dishes and hang out with Wille. Instead of writing finished posts Sunday through Thursday (which I post early the next day) I write (and photograph) the bulk part of the following week’s posts on Tuesdays (when Wille often goes to his friend Leo after school) and on the weekend when Wille is busy with friends, homework or his computer. I still finish each post off the night before posting it. It’s just a different way to go about the same thing.

So I hope that answered a few questions and satisfied a bit of curiosity :).