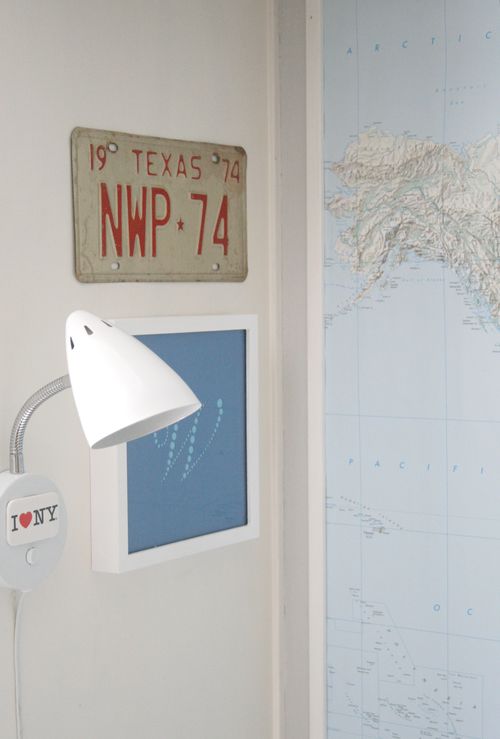 Ok, so I think it's time I address your questions and comments about the odd purchases we made while in New York. I do tend to buy my souvenirs at drugstores where I can get useful stuff and still think " I bought this in NYC". There were so many comments about the q-tips in particular and also on the candy and the cereal so here's the deal.

We do have cotton swabs here in Sweden and I'm sure that if I searched and tested another dozen or so boxes I'd find a brand that made them almost as well as the q-tips. But since I go to the US at least once a year and know q-tips are the best I might as well get a box while I'm there. They weigh next to nothing and I'm pleased every-time I grab one. Imagine being pleased 365 times a year!

As for candy, some of you offered recommendations and I'm all ears. BUT I've bought A LOT of candy in the past and we ended up not liking a lot of what I brought home so in the last few years I've just gotten the Lifesavers, Skittles and Trident gum because we love all those. And if you're wondering why we are picky candy eaters it's because some of the best candy and chocolate is Swedish :).

So the cereal. I buy it because it's fun and unusual for us Swedes. We don't have much of this very colorful breakfast stuff over here and I thinks it's a conscious decision from everyone over here that breakfast should be a healthy meal. Swedes in general eat really healthily at breakfast and donuts and other sweets are unheard of in the morning. There are Frosties, Honey Smacks and even Cocoa Pops in the stores but most parents are trying to keep those away from kids because of the high sugar content. So why do I buy them again? Purely for fun. One box of colorful cereal is not going to kill us, it's not like we're eating it every day of the year.

Oh, the 1974 Texas license plate ended up in Wille's room. We got it at one of the flea markets. I love how it reflects light on his wall.

What are your favorite purchases abroad? Do you stick to traditional souvenirs or do you shop the drugstore like I do?

Yesterday was Martin's Birthday and we decided to celebrate by going to our local amusement park, Gröna Lund, here in Stockholm. 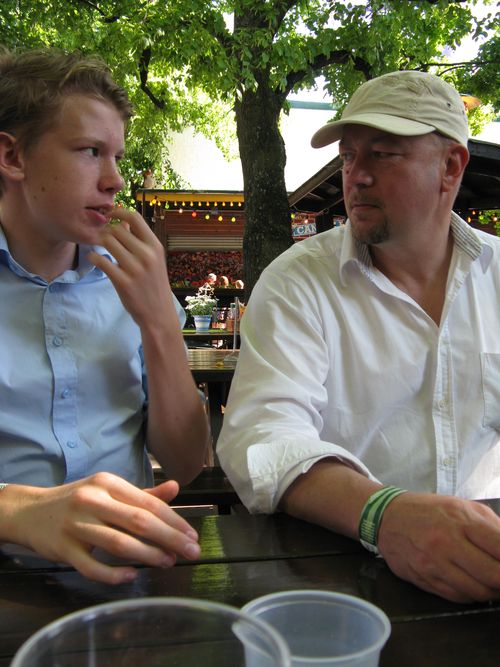 Martin and Wille went hard core and got wrist bands so they could go on as many of the attractions as often as they wanted while I carried the bag and enjoyed the sun from benches below. I did go on a few of the rides and offered to go on the free fall which Martin declined. But so did Wille :) 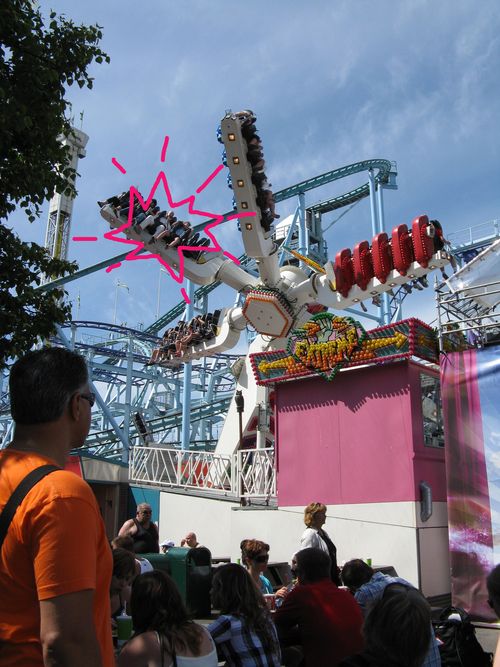 Here Martin and Wille are on the Extreme. Yikes. I so didn't want to go on that one and apparently Martin wished it would stop about half way through. 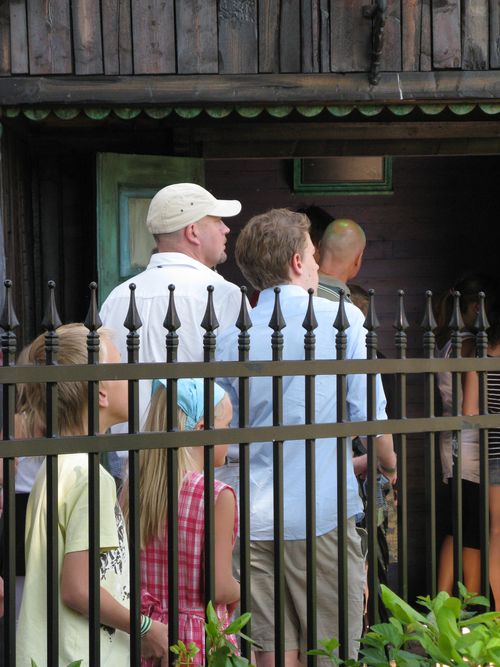 There was a little bit of waiting in line but even though the weather was gorgeous it wasn't too bad. Wille went with his friends the day after school ended and that day the lines were crazy! 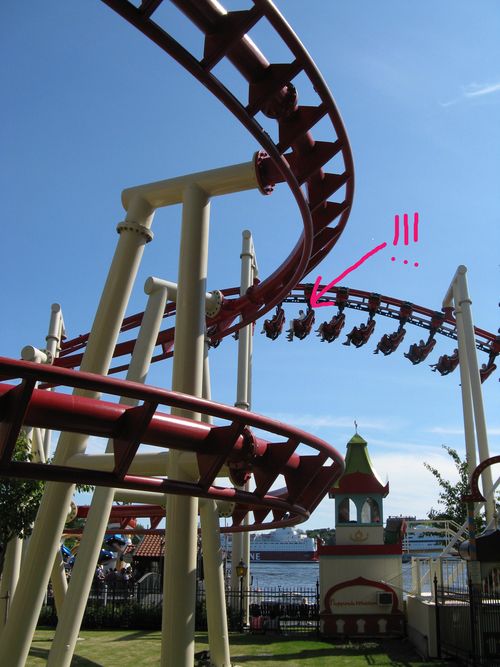 And here Wille and Martin are riding the Broom. This one was great, very Harry Potter, very smooth and really enjoyable. I went once as well. Too short a ride though. 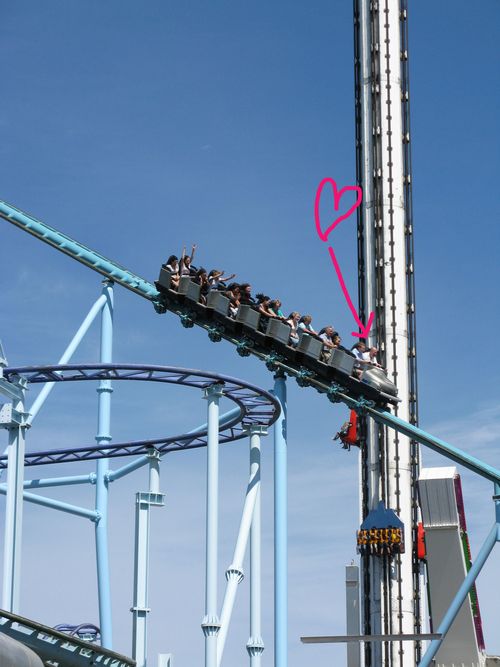 This is a favorite, the Jetline! I didn't count how many times Martin and Wille went ( I went once) but it's a fun ride. Check out the boot leg video below that Wille shot (cameras were not allowed out...my junior delinquent...) Not for the faint hearted though. It makes me a little queasy watching it... The view that you can catch glimpses of is pretty amazing. Stockholm really is a beautiful city!

Join us for a ride if you dare! That's Martin going "yahoo!" there at the beginning :) 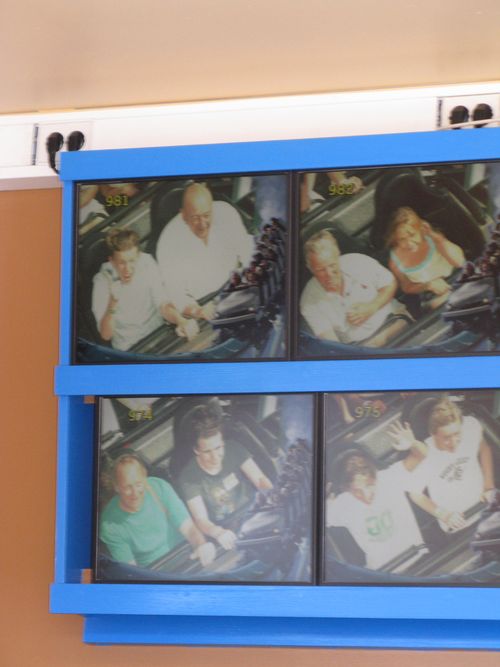 That's Martin and Wille there in the top left corner. Haha. After so many gos Wille knew exactly where the camera was. 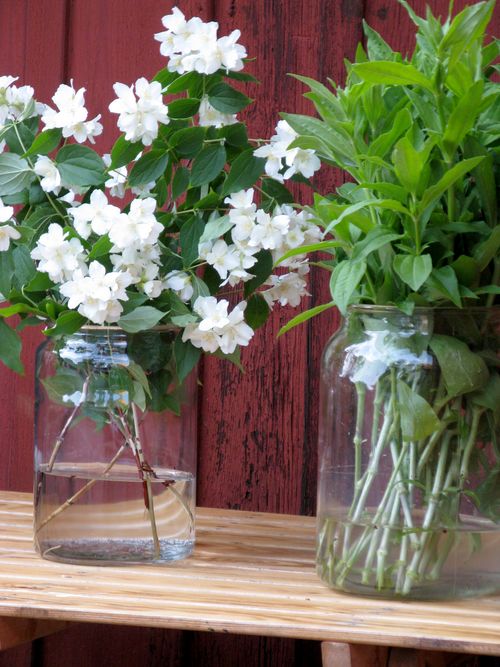 Saturday was Midsummer's Eve. We were again invited to our friends at Söder in Stockholm. I told you about this awesome historical place in the city last year already so for more info check this post. 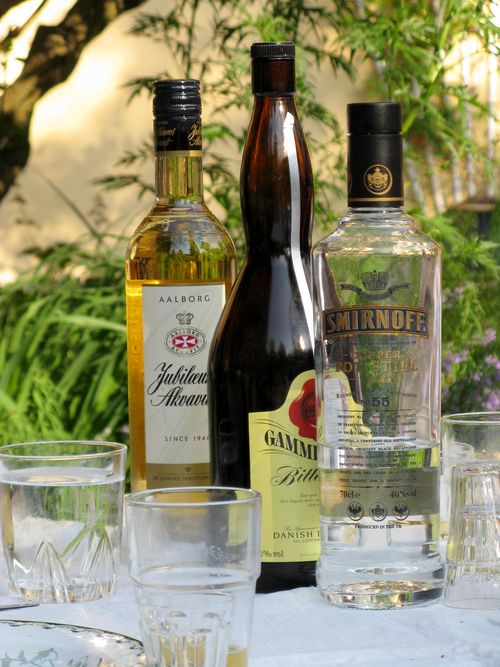 There was the traditional food; salmon, new potatos, pickled herring etc as well as the drinks that go with it. 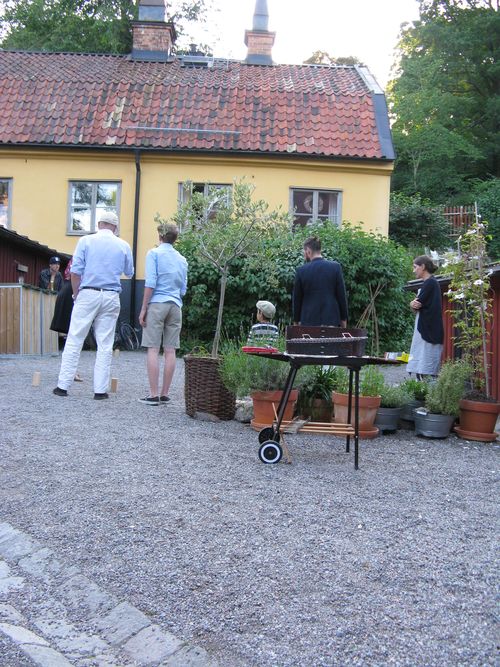 In between courses some played Kubb. I suck at games like these because I can never remember any rules and also don't have one bit of winner instinct in me so I had some wine and watched instead.

Martin, Wille and "the mens team" won. Wille was very pleased. Apparantly the winner gene was passed on to him from Martin. 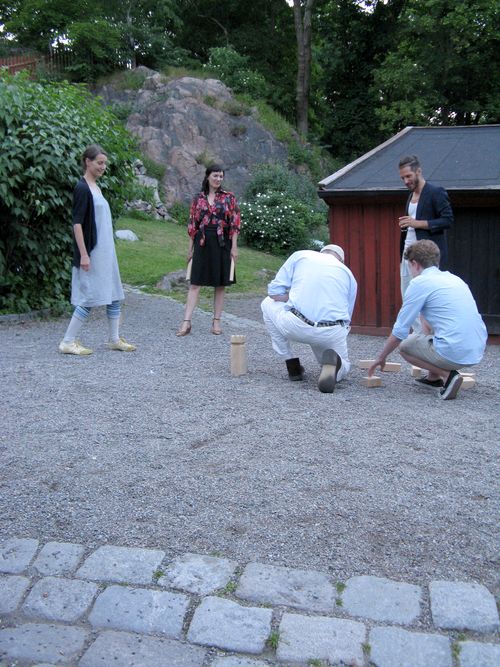 There was a lot of debating of the rules. All in good spirit :). That's Vitabergsparken right there in the background btw. It's a public park where there was an open Midsummer's Eve party with people pic-niking, kids dancing and singing around the midsummer pole. We could hear them all evening.

I much preferred the smaller party we were at. And we got to meet this little cute stray lady, Missan. She was apparently adopted by the whole neighborhood. She mostly stays with the tennant of the smaller of the historic apartments (who oddly enough is a friend of Martin's) but Missan is loved by the whole community and gets fed and petted by everyone around the area.

So, I'm on staycation now! Wohoo! I have so many little and big projects and for once the time to do them! Yay! I'll be off work for another three and a half weeks but I'll still be here Mondays through Fridays if you want to join me.