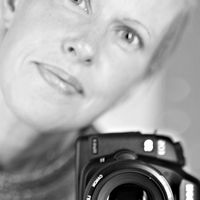 I'm totally ok with sharing my photos and content with fellow bloggers so feel free to borrow a photo or two and link back but please don't copy and paste complete blog posts without my permission. I'm afraid I don't allow my photos or content to be used for professional purposes.

I'm a no-fear-DIY kind of girl. I'm known to try anything DIY once. I've written about projects around our house but I feel I should point out that although the methods I've used in improving our home and the tools and materials I use for my projects have worked for me I'm not liable if you're injured or run into other problems after doing same or similar projects. Please make safety your first priority and do some additional research, such as asking the pros at your local DIY store to make sure you tackle your projects in the correct way.

Organizing Under the Kitchen Sink 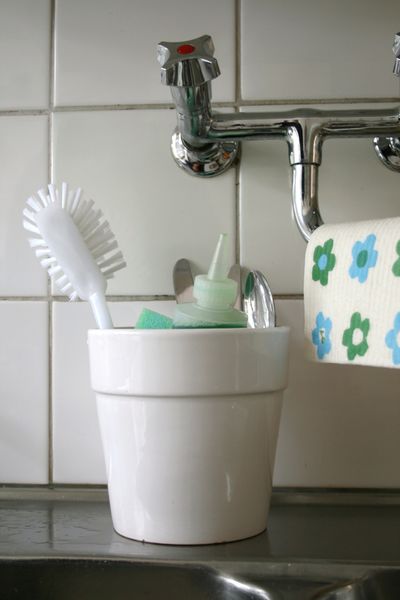 Above things have been fine. 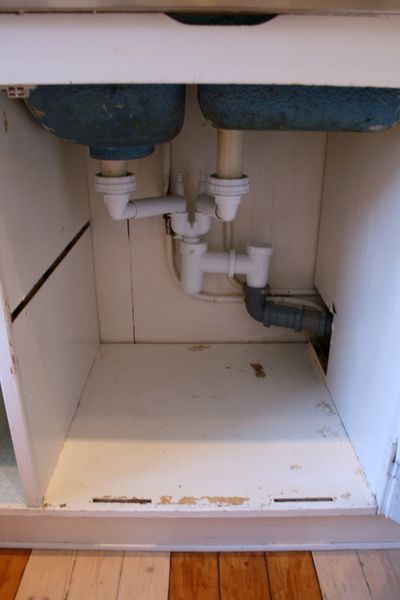 Below is a different story.

When we moved in ten years ago I quickly painted the insides of all kitchen cabinets including under the kitchen sink. At some point there was a narrow inset shelf to the left which had been torn out and I just left the gap as is for the longest time. Until a few weeks ago when I decided I needed to freshen things up in there. 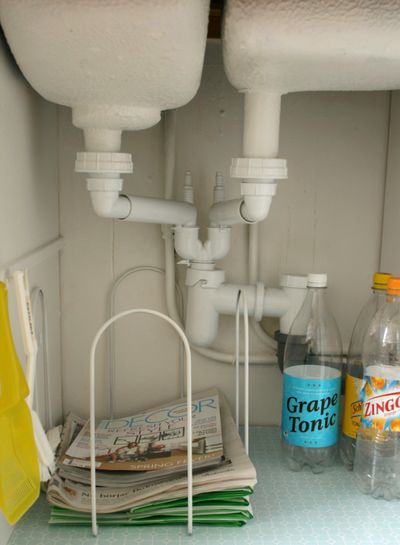 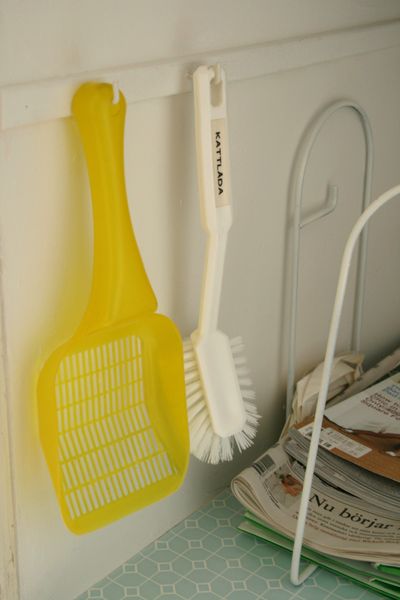 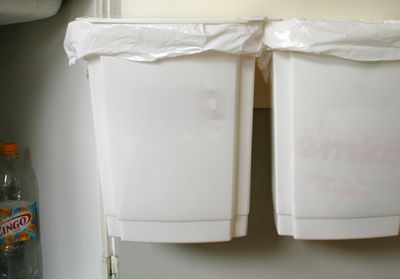 On the inside of the cabinet door I mounted two trash bins. The left one has a lid and in it we throw whatever will eventually go into the outdoor composting bin. The right one is lidless and that's where the non-recyclables go.

Now it's pure joy to open the door to what used to be such an eyesore. 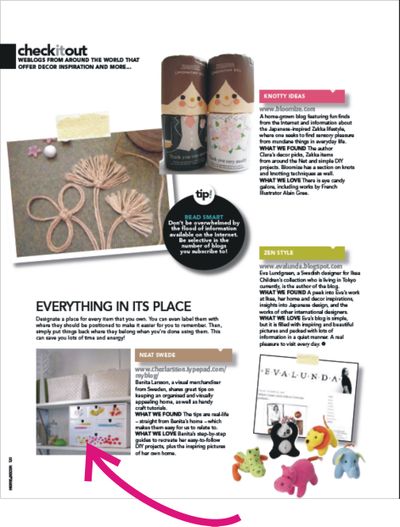 Wohoo! Check this out! Chez Larsson is mentioned  in the March issue of Singapore Home & Decor magazine! Thank you Ruth! And my friend Eva is on the same page! Lots of exclamation marks!